In anticipation for his London show with Rustie and Mark Ronson this Saturday as part of the XOYO Loves series, we run through five essential tracks featuring everyone’s new favourite Detroit rapper, Danny Brown…

Below are our five favourite Danny Brown Feat. tracks – he also seems to have a knack for getting involved with visually appealing projects. We know we’ve missed out a few tunes here, but five is a rudimentary number and we can’t spend all day watching Danny Brown videos, can we? [No – Ed.] Check out the full line up for Saturday’s event over HERE.

Accompanied by a psychedelic dystopian clip directed by Brainfeeder’s Strangeloop, this edgy Busdriver tune (as in actually sort of puts you on the edge) is strangely engrossing, and probably as accessible as he’s got since his budding film-maker trolling ‘Wernor Herzog’.

Something of a ‘Best Of’ grouping since the sudden stardom of Brown and El-P (whose Run The Jewels partner Killer Mike sticks to playing heavy here).

One of the better recieved tunes from Rustie’s Green language album, let’s hope Saturday sees them hit the stage together…

So I know this is Charli XCX featuring, not the other way round, but we make the rules OK? Also, it’s nice to hear Brown in more relaxed, reflective mode. 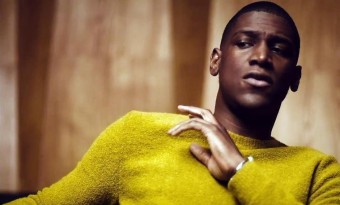 If you're going to write a heartbreak track then you've got to make it sincere, and Labrinth does just that in our round-up of the week's singles...
Read More