It’s just as well Le1f’s a talented bastard, because he’s probably scuppered any potential fall-back career in the catering industry with this video. For a start, considering it’s set in a fast-food restaurant, not much seems to get cooked (although Le1f himself gets thoroughly baked throughout). His customer greeting – “Welcome to Banjee Burger – I cannot take your order” – also leaves something to be desired, while the patty that’s served up at 1:05 is, frankly, a disgrace.

However, while you might not visit this branch for the food, it does look like a good place to party (and also a decent spot to score some of Le1f’s “oompa loompa kush”). It helps that this is one of his best tracks to date, with an irresistible bass-heavy groove that feels like it’s about to press itself up against you and whisper something filthy in your ear. There’s a tasty dancehall flavour to it too, and the openly gay rapper plays with that genre’s tendency towards homophobia by putting on a Jamaican accent to deliver the line, “how many batty boys can you fit in a jeep?” (although his commitment to solving this poser has to be questioned, as it looks like there’s still a fair bit of room in his severely hot-boxed vehicle).

While fellow New Yorker Dubbel Dutch excels on production duties, ‘Boom’ also sees Le1f teaming up again with director Sam B. Jones, who was responsible for the artist’s first videos (including the super-colourful promo for ‘Soda’). Hopefully there’ll be more collaborations in future, as with the rapper inking a deal with Chris ‘Grizzly Bear’ Taylor’s Terrible Records and recently making his debut on Letterman, his budgets may be about to become a whole lot bigger…

DJ Snake & Lil Jon - Turn Down For What 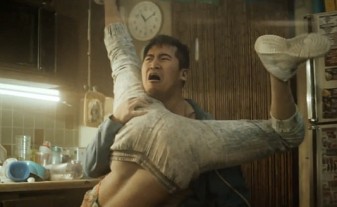 A combination of Baauer, Skrillex, Dolly Parton and Fatman Scoop might have you running for the hills, but the video will have you thrusting through the floor...
Read More