The combination of Baauer beats, Skrillex drops and booming yells that Fatman fucking Scoop would be proud of is one that might have some people running for cover. However, in the hilarious video for DJ Snake’s collaboration with the permanently crunked-up Lil Jon, the current trap anthem ‘Turn Down For What’ has a very different effect on those who hear it.

It’s fair to say that when a man has belly-flopped through a tower block roof within twenty seconds of a music video, you know it’s going to be pretty wild. It’s also fair to say that it’s probably the least wild moment in it. If ‘Turn Down For What’, currently scaling the Billboard top 30, is all about getting ‘turnt up’, then this guy is turnt up so high the sodding knob’s broken off.

Talking of knobs, the one belonging to our twerking protagonist seems to have some supernatural powers. As soon as it starts bouncing around his pants like a lost ferret, every room he and his increasing number of turnt up comrades crash into comes under its spell. You’ll see TVs getting shagged, gigantic breasts dancing of their own accord, and faces being melted from skulls. As yours will be approximately three minutes after pressing play.

The best bit is at the end when the camera pans around the chaotic party scene to reveal the bloke obliviously passed out in the corner, soon to be followed by the rest of them once they’ve finally realised what they actually should turn down for – avoiding the impending cardiac arrest. Fench-born William ‘DJ Snake’ Grigahcine used to co-produce Lady Gaga, and says he blames “Metallica, Mobb Deep, Lil Jon, and Dolly Parton for my aggressive nature. Especially Dolly”.

Weirdly, that actually makes perfect sense. This is America in 2014, people. And it’s getting turnt up, whether you like it or not. 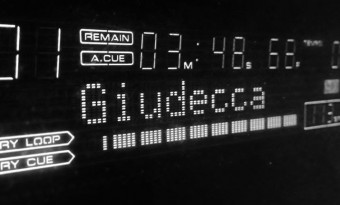