There’s a chance, if you’ve been spending too much time on the internet recently, that you’ll have come across the new feminist ‘craze’ of freebleeding. It may sound like an extreme sport, or something that might happen after partaking in an extreme sport, but actually refers to women eschewing what the industry coyly refers to as ‘feminine care products’ in favour of, well, bleeding freely.

If this leaves you panting with outrage, well, save your indignation for the actual source of this sudden menstrumania: the reliably controversial internet cesspit that is 4Chan’s /b/ board. It seems /b/ users had nothing better to do than boost their bizarre anti-feminist campaign by manufacturing a shocking new feminist movement. Or, at least, massively proliferate publicity around it (seeing as the term itself did previously exist in niche circles) with a social media blitz, relying on enough internet users being too desperate to spout opinions to bother to do any fact-checking.

Unsurprisingly their plan (documented by The Daily Dot here) was pretty successful, and despite the hoax being revealed, a quick Twitter scan indicates that plenty of people are still reacting to it with gullible horror. So, in an attempt to channel the ever-raging tides of the easily offended to a better place, let’s all listen to the new Tacocat song, ‘Crimson Wave’. Which as the title suggests, is a more hygienic celebration of a process everyone really needs to stop being so bloody squeamish about (no pun intended).

Well, celebration may not be quite the right word. “Give me white wine and vicodin,” demands self-declared “glittery feminist” Emily Nokes when she realises what time of the month it is. However, a little light bleeding isn’t going to ruin a day at the beach for this lot (certainly not guitarist Eric Randall, what with him being a bloke), as they head down to the shore, or a green screen at least, for some cheerfully ridiculous rock and roll fun.

I’m not sure why Washington’s rain magnet Seattle is producing so much surf-related music right now (check out our live La Luz review for more), but there’s no avoiding the sunshine streaming out of this video. All the seaside staples are here: beach balls, mermaids, sunburn and dancing crabs (no, not those type of crabs you filth wizard). The enthusiasm is so infectious that even I want to join in, despite having neither a surfboard nor blood gushing from my genitals.

Heed Nokes’ warning though: if you follow Tacocat’s lead you may end up “with sharks in hot pursuit”…

Segilola - Somewhere Along the Line 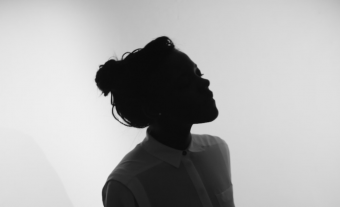