Manor House might seem like a bit of industrial grot that’s stuck to the greenish boot of Finsbury Park, but it sounds better than it looks. Obviously not so much in terms of the constant buzz of traffic that clogs up Green Lanes, but more the area’s musical heritage. In the ’60s the Bluesville R & B Club, located above the Manor House Pub, hosted acts like Cream, Rod Stewart and Jon Mayall, while by the ’80s you were more likely to see Alien Sex Fiend after it morphed into the Goth club Catacombs.

The Manor House Pub may have closed down, but the area still boasts a decent music pub in The Finsbury (which regularly plays hosts to our old friends Francobollo). However, it’s the buildings nearby from which the choicest rhythms emerge these days. Once filled with working warehouses (including one belonging to Mute Records, where my own dear mother worked as a driver back in the day), several have been converted into music studios – Teeth of the Sea concoct their mystic brews locally, while another Monitors’ favourite, the incredible Dooks, runs Fat Tank Studios there too.

As you can probably tell, despite its undeniable ugliness, I’m rather fond of Manor House – and the sounds that come out of it. And now I have yet another reason to keep my ears open there, after discovering that dance punks Bleach Blood, a project headed by former The King Blues guitarist/singer (and old schoolmate of my good self) Jamie Jazz, are also based in the Manor.

The other members of this formidable force are The Automatic’s Paul Mullen on guitar, Charlie Elliot on bass, Linda Harrison on backing vox and, perhaps beating even Jamie to the title of best named band member, Invisible Frank on drums. However, while they may only be 80% visible, they’re 100% audible. New EP ‘Darling Don’t Dive’ is as noisy as it is hook-filled, indicating not only a love of crafting proper pop songs, but of making a bloody racket while doing so.

The band’s twin inspirations are LCD Soundsystem and the Buzzcocks, which certainly makes sense when the heavy 4/4 thump and uptempo, heartwrenching lyrics of catchy opener ‘Darling Don’t Dive Without Me’ is followed by the punkier, swearier and altogether more mental ‘S.O.U.L’. The fact that the second half of the EP is as radio-friendly as ‘S.O.U.L’ is abrasive just makes that track’s jagged edges all the more razor-sharp.

If that sounds a bit schizophrenic, well, it is. And why not? Too many bands follow the same tired formula until they bleed it dry. It’s fair to say that while Bleach Blood may be responsible for some bleeding knees in the moshpit, their innate pop sensibilities mean their well is unlikely to run dry anytime soon. Grab the EP for free (yes, free!) over here. And welcome to the Manor. 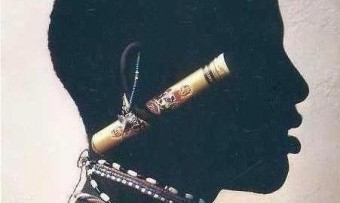 In taxonomy, Hominidae are the great apes from which we humans are descended. In music, Hominidæ represents the next stage of evolution.
Read More