The-Monitors has gone through a redesign (with a new one imminent), picked up new writers, run some pretty awesome competitions, premiered an album, interviewed some of our favourite artists, written some superbly self-congratulatory opening paragraphs, and more… but that’s not all that’s happened in music in 2013. Here’s a rundown of our low/highlights:

February started off pretty awfully as X Factor boyband One Direction gave David Cameron a hug in a charity music video. By September he’d also received a verbal high-five from three-piece sister act Haim on the Andrew Marr show. One: why is there music on the Andrew Marr show?; Two: why are musicians happy to offer politicians such publicity? Is this how low we’ve got…

Robin Thicke released his ‘Blurred Lines’ video in March to a mixture of indifference and disappointment. A heavy marketing campaign and UK Number 1 later though, and he was suddenly public enemy #1 and also very, very popular. His use of naked women as ornamentation sparked controversy across university campuses (a few of whom decided to go ahead and ban it from official university events) and the left-wing press. His continued ability to appear on TV at every opportunity, sell loads of records and get played on the radio constantly proved that the mainstream media still aren’t taking much context into account when deciding what to support.

The same goes for R Kelly, who along with settling molestation allegations out of court, had the audacity to call his album Black Panties, with a cover showcasing Kelly surrounded, Thicke style, by women in underwear. All this and he still got booked to play the Pitchfork Chicago festival this Summer, and the LP did pretty well too (getting into the Billboard top 5). WHO IS BUYING THESE RECORDS?

I’d say something about M**** C**** at this point but I’d rather listen to the David Bowie album again than give her anymore column inches this year. Just write a few better songs next year M****, eh?

Jay (no hyphen) Z made even more money this July, by signing a deal with Samsung for a million of their phone owners to receive a free copy of Magna Carta Holy Grail on the day of release. It sent the record straight to platinum; or it would’ve if Billboard hadn’t discounted the Samsung sales from their chart. People thought this could be a ‘new way’ for the industry to go, although it couldn’t, because to achieve such huge brand sponsorship you have to be Jay Z to start off with, and we’re going to be honest, that’s quite a difficult position for anyone other than him to be in.

In good news, that same month albums sales in record stores had increased 44% in the UK. Poppers all round!

August came around and Rupert Murdoch, still trying to work out the best way to burn hard drives (maybe), bought a 5% stake in Vice. A couple of months later his recently disgraced son, James Murdoch, was put on the company’s board. What this means for the Goliath of alternative press is still to be seen, although the founders spent the following few months telling the business pages of newspapers they’re going to become the ‘new, better CNN’. We shall see.

It was ‘Someone’ vs Spotify time again come September, and this time it was Round 2 for Ministry of Sound, whose CEO Lohan Presencer has a particular hatred for the service. Well, that and Boris Johnson anyway (the London Mayor is still considering allowing flats to be built opposite the Elephant & Castle club, which would essentially see the end of that side of the company). The UK’s largest independent record label still hadn’t sealed any deal with the streaming service for the hosting of their own releases, and now they were arguing that people were recreating MoS compilations and thus infringing Ministry’s intellectual copyrights. This one’s looking to run and run, and MoS are likely to be the only major company to be so public in their differences with the Scandinavian company.

The Leeds based producer has, along with fronting one of the best bands of the year, also been keeping us entertained with his Twitter account. Along with serious points on sexism in the music industry, he’s also contributed to arguments on Spotify, and revealed how a certain Brighton record shop asked Hookworms for cash in exchange for being included on their end of year list. Perhaps less welcome are his occasional bowel movement updates, marked using the helpful hashtag: #livelog.

We have no idea who is running this, but we wish we did. Irreverant, farcical and bizarre, this feed is mad genius.

Scottish comedian with a should-watch BBC show. Along with a very unhealthy amount of selfies and Vine posts, Brian Limmond has also taken the time to talk to fans about his experiences with depression and also given the Scottish independence YES vote a bit of helping hand.

Author of Fall of the House of Murdoch, his daily, minute-by-minute reporting from the Hacking Trial is a great example of how rolling information streams can be informative and interesting.

Another example of reportage via social media, Riot From Wrong, the official Twitter account for the documentary on the London riots, have been live tweeting from the current inquest into the death of Mark Duggan. Duggan was shot by a Met Police officer in 2011, an event cited as the main catalyst for the riots that followed. Some of the revelations being reported from his inquest have been pretty staggering and well worth catching up on (and a damn sight more informative than mainstream media reports).

A rolling twitter feed of tales of misogyny (and worse) in the UK in 2013, and it’s founder, Laura Bates, have been pushed to the forefront of the gender equality movement this year. Via a combination of interaction, activism and purely just giving people a public space to speak, the ES project has shown that the internet doesn’t have to be all Daily Mail clickbait and cats playing pianos on YouTube. 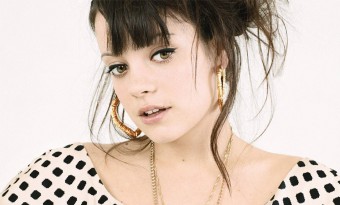 Lily Allen's eventful return to music continues as she pledges a track to a Tarka Cordell tribute album, in order to raise money for one of The-Monitors' favourite charities...
Read More