Being stuck in a Christmas-stained stupor has meant it’s taken until the very last day of 2013 to upload our final ‘best of’ list the year, but it’s worth the wait (not that anyone’s actually been waiting, admittedly). While album-based lists are all well and good, they don’t really give a wholly accurate overview of the year – what about all those amazing songs that were sadly incarcerated on crap albums? What about all the tracks that were released on their own?

Also, and this may be an odd thing for a music site to say, but after a year of writing about everything we think you should be listening to, we just want you to, you know, actually listen to it. So without further ado, we present to you our favourite tracks of 2013 (minus the few that aren’t on Spotify. You made your bed, Atoms for Peace…).

Listening on shuffle is recommended. Also, if you’re throwing a NYE party tonight and want to appear like you’ve had your finger on the pulse over the last 12 months, you can just fire this up and bask in the reflected glory. Although it’s ten hours long, so you might want to get started pretty soon. And The-Monitors accepts no responsibility if this results in someone smashing up your laptop and chucking it out the window. 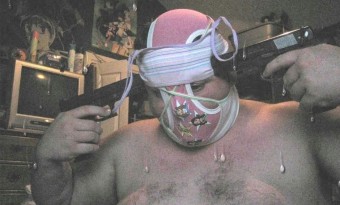 While some of the year's most inescapable videos might have made you want to shoot yourself in the head ('Bound 2', we're looking at you), there were some truly excellent, groundbreaking videos produced in 2013 too. Here's the best of them...
Read More