There haven’t been many times this winter that we’ve longed for it to be just a little bit of colder, but this clip from Snowbird really feels like it should be viewed through a frosty window, possibly while sitting in a snowdrift. Luckily, there are plenty of snowflakes floating about onscreen in this charmingly put together animation, which follows a doll brought to life, cavorting around an icy landscape.

The music is one of the first fruits to fall from the partnership between Bella Union boss Simon Raymonde (formerly of Cocteau Twins) and singer-songwriter Stephanie Dosen, who’s previously collaborated with Massive Attack, José González and The Chemical Brothers. Their debut album comes out in the new year, and is set to feature guest appearances from members of Midlake, Lanterns on the Lake, and Ed and Phil from Radiohead. If that suggests to you well-crafted, delicate, ethereal indie, then you’re probably on the right track. Certainly, if the rest of the album sounds as lovely as ‘Porcelain’, we’re in for a treat. 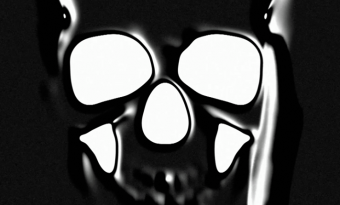