When Matthew Herbert expresses an interest in working with your band, it might not necessarily be a ringing endorsement. This is, after all, a man who’s managed to make music out of bombs exploding in Libya and the life (and death) of a farmyard pig. However, you sense that the task of producing Hejira’s debut album, Prayer Before Birth, was a somewhat simpler task, thanks not least to the sophisticated source material. While we’re massive fans of Herbert’s experiments, Hejira make for a much more immediately accessible listen than porcine slaughter.

The four piece, whose members boast a combined heritage spanning from Chile to Ethiopia, recorded the album in a south-east London property dubbed ‘The House of Dreams’, with musicians setting up everywhere from the living room to the toilet. “By the end,” guitarist Alex Reeve told Nowness, “we really knew the sound of the house as much as we would the sound of an instrument”. This unconventional approach no doubt appealed to the album’s producer, although Herbert seems more enamoured with their “uncompromisingly visceral, passionate yet tender” music than their set up. In his words, Hejira are “full of gentle surprises, the whole project feels unhindered by compromise or a desire to please”.

Perhaps that sense of artistic freedom stems from a more disciplined past. Herjira’s members – Reeve, Alexis Nunez, Rahel Debebe-Dessalegne and Sam Beste – have been enlisted by everyone from Tom Jones and Amy Winehouse to Connan Mockasin and Eric Lau, although it’s only Mockasin’s twisting, kaleidoscopic pop that bears any real resemblance to anything on Prayer Before Birth (and even then, only a passing one).

Their name comes from both a jazz-influenced Joni Mitchell album (although not the one she blacked-up for) and the arabic for ‘journey’, and considering their footloose, exploratory bent, it’s a fitting one. They’re certainly never in a rush to reach their destination, as evidenced on album opener (and recent single) ‘Litmus Test’, where folky vocal lines take centre stage against occasional instrumental flourishes. Like much of the album, it’s quietly sensual and subtly experimental.

Similarly, the lilting ‘Fields of Rooftops’ feels like a gentle transmission from another London, one high above the noise and chaos of the streets (although from personal experience London rooftops can be even more noisy and chaotic than anything at ground level). Likewise, ‘Gypsy of the Soul’ is swoonsome enough to forgive a slightly cringy title, while the ghostly piano of ‘Penny’ manages to stop things getting too winsome.

However, it’s when Hejira turn the amps up that they’re at their most interesting. ‘Pinter’ is a soaring triumph, with guitar lines that weave in and out like sparrowhawks on the hunt. It’s a little reminiscent of their Accidental label-mates The Invisible, and while it does make me pine for the reassuring warmth of Dave Okumu’s vocals a little, even his presence could scarcely have improved it. ‘Powercut’ is another highlight, its tense, spidery guitars contrasting nicely with Debebe-Dessalegne’s rich melodies. For a moment it almost feels like a post-rock James Bond theme, right up until the crushingly loud bass kicks in like a triggered proximity mine.

However, while they do know how to detonate on occasion, Hejira are not what you’d call an explosive band. They take time with their compositions, letting their music bloom and decay naturally. It’s as if they themselves are following the proverbial divining rod, with no idea where it’ll take them, enjoying the same sense of curious anticipation as their listeners.

Daniel Avery - Duke of the Dancefloor 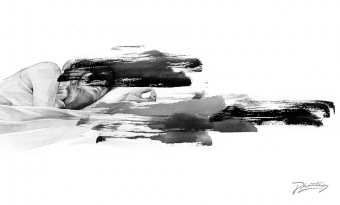 Connie Plank, Andrew Weatherall, Erol Alkan - what do they all have in common? Chiefly, they've all been instrumental in blurring the lines between rock music and electronic music, but more pertinently for the purposes of this article, they've all played a key part in the rise of dance music's latest crossover champion, Daniel Avery. Having mixed some early work on legendary krautrock producer Plank's desk, Avery went on to attend nights put on by (and eventually share DJ bills with) Alkan and Weatherall, the former of whom has released Avery's debut album Drone Logic, and the latter who has declared "[Avery] makes gimmick-free machine-funk of the highest order". He's not wrong either. While Avery was more likely to listen to Iggy Pop than Derrick May when growing up in Bournemouth, Drone Logic is far from some clichéd cash-in designed to drag dollars from the pockets of guitar nuts who buy the occasional electronic record so they can feel a bit more eclectic. While Avery's Fabric sets are notoriously wide-ranging in the spirit of Alkan's much-missed Trash night, his studio recordings could slip into any decent tech-house set without anyone batting an eyelid. Indeed, Drone Logic is so smoothly segued and sequenced that it almost feels like a DJ set itself, one that frequently harkens back to Weatherall's early days - there are more acid flashbacks here than in all the nation's psych wards combined. A hardware enthusiast in the studio, who utilises guitar pedals, live drums and "the AMS reverb unit that Martin Hannett (of Factory Records) made famous" to sculpt his sound, he does run the risk of appearing to face backwards more often than forwards. Fortunately, by digging around for unusual noises ("I love the stuff that knocks you sideways") and always striving to attack the brain as well as the body, he manages to resist the revivalist tag. His progressive and harmonic tendencies have seen comparisons to James Holden, Jon Hopkins and Four Tet, but really he's more likely to emerge as this generation's Chemical Brothers, with music that makes sense at clubs, on festival stages, and in some bloke's kitchen at 2am over a crate of lager and some cheap MDMA. Also, much like Rowlands and Simons, he's very much concerned with making a proper album rather than a loose-fitting compilation of 12”s. He's also expressed sharing a kindred spirit with Factory Floor, but whereas their music often feels like it takes itself way too seriously, you never doubt Avery is as intent on having fun (and on you having fun) as he is on producing something that chin-stroking critics can write complimentary platitudes about. As he told Resident Advisor last year, "I like weirdness and oddness. I like any record that stands out in a pack. I'm not gunning to make glitchcore or anything, though. I still want to be able to dance to what I make. I wanna see people move to it." Considering Drone Logic had people dancing in our office at 10am the moment we pressed play, it would seem he's succeeded. 'Water Jump', the title track from last year's breakthrough EP, has a pleasingly old-school flavour. It also has an appropriate name; not only does it sound like A Guy Called Gerald's 'Voodoo Ray' being submerged underwater, but there are moments that feel like going over a waterfall too - despite being primarily a groove producer, he's not afraid to throw in the odd drop. It's one of several highlights. 'These Nights Never End' is packed with gritty felicity, as distorted synths are engaged to an uplifting theme while ludicrously bouncy acid bass bubbles under, while 'Naïve Response' is so psychedelic that it's hard to type while listening to it without your tongue starting to loll. And though more generic tracks surface occasionally, the sort that usually cue a period of standing on the edge of the dancefloor absent-mindedly nodding your head, while thinking about whether you've got enough money for a cab home, there are also tracks like the pleasingly beat-less interlude 'Platform Zero', which starts off gazing at twinkling stars and ends up face down in some sludge. Towards the end of the album Avery seems to start gunning for an emotional rather than physical response, starting with the slower pace and deeper groove that permeates 'Simulrec'. The epic 'New Energy (Live Through It)' feels like something He-Man might select before psyching himself up for an assault on Castle Grayskull (notwithstanding the cheesy 'energy!' vocal sample). Well, maybe not exactly (He-Man's probably more of a Saxon man), but it still has that feel of a final push, when all seems lost but you've only got five minutes before the credits roll so you know everything will end up OK. And indeed it does. 'Knowing We'll Be Here' is a euphoric finish of marching hi-hats, breathy female vocals and reach-for-the-lasers synths. It confirms that, while Drone Logic isn't the coolest or most original electronic album this year by some distance, it's quite possibly the best dance album. You know, on account of it making you really want to dance. Most of all, you know it's a record that Weatherall and Alkan are going to love dropping into their sets, and perhaps even one Connie Plank would've rated were he still around. "I loved...staying up all night with mates saying 'Listen to this record'," Avery recently told The Quietus, explaining the genesis of his DJ career. Plenty of people are no doubt going to be doing the same thing with his records, at 2am in some bloke's kitchen... By Kier Wiater Carnihan
Read More