Brooklyn producer Jacob 2-2 takes his name from a cult Canadian film made in 1979, Jacob Two-Two and the Hooded Fang, which the man himself describes as “the most beautifully disturbing children’s film of all time”. It’s based on a series of children’s books about a young boy who has to say everything twice in order to be heard over his noisy siblings, which immediately suggests two things. Firstly, he should probably cash in on the Canadian nostalgia dollar by launching a co-headline tour with Toronto’s Hooded Fang. Secondly, you wouldn’t be surprised to find out he was one of those kids who, rather than playing football or torturing small animals with all the other children, spent his time taking apart and rebuilding electronic equipment, learning how to code computers, or simply disappearing into the vortex of his own imagination.

That’s not just pure conjecture (well, it is, but bear with me). The press release for Jacob 2-2’s new album Herbivore focuses on a theme that runs through many youth-orientated sci-fi/fantasy films from the 1980s, that of the “young protagonist, isolated in his/her own playroom”, having been placed in quarantine, put under observation, or made the subject of scientific research (Flight of the Navigator is one movie that immediately springs to mind). The album is apparently an attempt to explore the psyche of that child, adrift in a sea of their own imagination, “suspended in an isolated, diminutive, and asexual state”.

It’s interesting territory for an electronic album to explore, and Herbivore does feel like it travels down the demented deviations of a child’s unfettered imagination. Which, obviously, is a great thing. The retro-futurism that pervades 1980s sci-fi is also reflected not only in the use of VHS samples (the album opens with a sample from Jacob Two-Two and the Hooded Fang itself) but by the colourful cover and promotional video below, which he animated himself and is so authentically eighties that it’s actually kind of uncanny.

The Scottish duo certainly sound like they’ve had an influence on Jacob 2-2, although he tends to manifest them at their sprightliest. ‘Red Heather, Yellow Heather’ (or ‘leather’, as the vocal sample contradictingly prefers) is one such example, and the sort of thing you could imagine on the sound track to an Adventure Time episode where the writers gave up hinting at drug use and simply fed Finn and Jake buckets of magic mushrooms. ‘Construxon Time Again’ is similarly chirpy, managing to mix eighties synth and drum machine sounds with nineties breaks and a whole bunch of stuff from a decade that hasn’t happened yet. It’s the musical equivalent of blowing bubbles into a chocolate milkshake.

Jacob 2-2’s invention and attention to detail is consistently impressive. He has plenty of fun with Pogflipper’s guest verses on ‘Sunrises’, which end up diving in and out of the music like digital dolphins, while the tinkling pianos and warped beats of ‘Empire Plaza’ are disrupted by a barrage of cut up samples, making it sound like someone’s manically flipping through television channels at a hundred miles per hour. However, while brilliant, the sugary production and sheer amount of ideas can get a little exhausting. By the time you reach the title track you feel like you’ve just gorged yourself on seventy packets of Iced Gems.

There are calmer moments – the string motif that glides in at the end of ‘So Long, Solaris’ is a particularly beautiful example – but considering the theme of the album is isolated childhood, it’s maybe surprising that only ‘Quarantine Kid’ feels at all lonely. It’s actually kind of a poignant moment, like observing an only child who’s been given a hundred toys but just wishes there was someone else to play with. Then some sweeping washes of synth swoop in, along with the raving mutterings of an infant, and everything’s OK again. Or the kid’s just gone completely mad. It’s hard to tell.

It’s an album packed with surprises, like squeezing a tube of toothpaste and a bunch of neon rainbows flying out. Com Truise, a producer whose music also manages to be refined and restless simultaneously, has heaped praise upon Jacob 2-2’s “perfect sound design,” conjuring “visions of a video age slowly melting in the sky”. High praise, and hard to argue with. If Herbivore is the product of its creator trying to channel the thoughts of a child locked up with nothing but toys and televisions, then it makes you wonder what would happen if he was locked away himself with some synths, a laptop and the world’s biggest collection of vintage sci-fi. Anyone own a dungeon in Brooklyn? Asking for a friend… 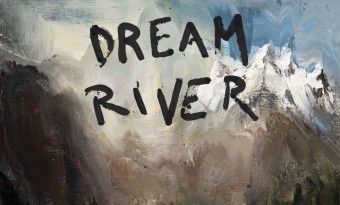 One of the most enduring American songwriters of his generation finds yet more fertile soil for his strange gardening...
Read More