Anyone unfamiliar with Kurt Vile would be forgiven for expecting him to be some sort of snotty punk upstart, perhaps playing alongside Bertolt Brat, Perving Berlin and Cole Aborter. Yet, almost unbelievably, it turns out to be his real name. And for those who believe in pre-nominative determinism there’s only scant satisfaction; Vile is no agit-thrash three chord wonder, but a purveyor of warm, inviting Americana that’s more likely to offer you a glass of lemonade and a stick of homegrown grass than spit in your face and shove sulphate up your hooter.

Previously a member of Springsteen-aping indie rockers The War On Drugs, Vile has built up a significant following since his departure, with 2011’s “Smoke Ring for My Halo” marking a new high-point in critical and popular acclaim, not to mention commercial opportunities (the album’s best track, ‘Baby’s Arms’, was licensed to the Bank of America, which didn’t impress certain peers).

If he felt much pressure recording a worthy follow-up, it doesn’t show on “Walkin’ on a Pretty Daze’. A blissfully laid-back record, the plethora of tracks that exceed six minutes suggests that, if anything, Vile was maybe too relaxed in the studio. “I was more comfortable writing longer songs,” he recently told The Line of Best Fit, “and when I was playing them to John [Agnello, Vile’s producer since Smoke Ring] going ‘it’s another seven minute one!’ at first he’d kinda laugh, and then by the end, it was like ‘another one, seriously?!’”. However, even though the portions are as American as Vile’s slurred Philadelphia drawl, you still end up stuffing it all into your aural maw without too much trouble.

However, those who find his music a little unadventurous for their tastes will probably struggle with the opening track, ‘Walkin’ on a Pretty Day”, a pedestrian alt-country number that ambles on for a somewhat unnecessary nine-and-a-half minutes. “I live along a straight line” he sings, and the song certainly doesn’t deviate from it’s fairly linear formula. Sink back into its rocking chair rhythm, however, and and it feels like consuming a bland but hearty meal – you’re a little uncomfortably full, sure, but it’s better than being hungry.

Indeed, Vile makes sure even the most ravenous of his fans will be satisfied here, and the quality of some of the other dishes on offer is such that it may even tempt those that had no appetite for him before. ‘KV Crimes’ isn’t one of them though, although it is something of a crime; a sub-standard stomp that mixes a jaded AC/DC riff with the worst of Journey and The Black Crowes to create some sort of tepid rock porridge.

‘Was All Talk’ is where the record really gets going – a popping beat backs up Vile at his liquid best, with a nicely-flanged riff dripping slowly off the spoon. ‘A Girl Called Alex’ is even better, a beautiful, bittersweet groove that sounds like a Radiohead song if they’d grown up in Pennsylvania instead of Oxfordshire and, like Vile, been given banjos instead of guitars as teenagers.

The unavoidable Tom Petty and Neil Young comparisons are most in evidence on ‘Never Run Away’, while ‘Pure Pain’ shifts from slightly proggy chord progressions into a lovely section that sounds like a sleepy Tori Amos, with waves of twangy guitar crashing against a muted piano shoreline. ‘The excellently-named ‘Shame Chamber’ is another highlight, a sweet chugging beat with shades of Eels and Pavement that sees Vile whooping with delight over the chorus.

It’s a rare moment of exuberance on an album which is otherwise largely slumbersome, sometimes in a good, “enjoying a long lie-in on a sunny Sunday morning” way, sometimes in a less good “falling asleep at your desk on a stressful Monday afternoon” way. Vile also sounds perennially stoned throughout, despite claiming the opposite on closing track ‘Goldtone’ – “Sometimes when get in my zone / you’d think I was stoned / But I never, as they say, touch the stuff” – which makes you wonder what “Wakin’ on a Pretty Daze” would sound like if he had been hitting the bong between takes – Devendra Banhart in a coma, you imagine.

‘Goldtone’ is pretty indicative of the album as a whole – nutritious and comforting, yes, but goes on for a bit too long (although there are some bewitchingly mellifluous guitars at the end). Like Bill Callahan or Beck, two early influences, he’s slowly cast off his lo-fi shackles as his career’s progressed, and “Wakin’ on a Pretty Daze” certainly sounds gorgeous even during its duller moments. Consider it a chilled glass of Hammock Rock. Now all we need is summer to arrive… 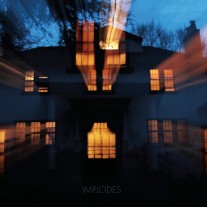 Yes, it's a veritable hive of buzzing synth distortion that occasionally pushes you right up against the wall, but it presses against you in a way that feels like it's seeking empathy rather than squeezing the life out of you.
Read More