This was easily the best thing I saw last time I went to Glastonbury. No, not Django Django (who weren’t even playing) but the Wall of Death. For those unfamiliar with the concept, a Wall of Death is a huge wooden cylinder that lunatics race around on motorcycles at increasingly terrifying speeds and angles. Usually while sitting on the handlebars. However, the most mind-boggling thing about seeing it at a festival was the fact that health and safety officials even allow them to exist in Britian these days.

It turns out they’re even more popular in India. More than that, they’re bigger, more dangerous, and they don’t just drive motorbikes around them but actual cars too (with the drivers hanging out the window, naturally). This great video from Noisey is almost like a mini-documentary, set to one of the best tracks from Django Django’s self-titled album from last year. Centrifugal force has never sounded so good. 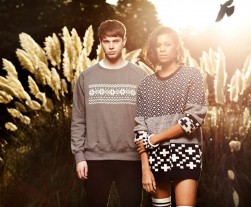 The chorus to AlunaGeorge's latest pop gem sees Ms Aluna Francis deriding some unspecified fool for spinning "little grey fairy tales", and from the opening shot of an urbanised Rapunzel's tower it's clear to see that the director plans to run with that metaphor like he's desperately grasping a golden goose. Thus, from then on we get a street-walking Red Riding Hood, three leather-clad biker bears, a shank-brandishing King Arthur, a princess with a suspicious-looking pill under her grotty mattresses, a painkiller-popping, suicidal Sleeping Beauty, Snow White and the Seven Scallies, and a pretty subtle Beauty and the Beast/hound (don't worry, there are no scenes of bestiality, though the video does come with a 'parental guidance' warning). All in all it's Alunageorge's most engaging video to date, and, you suspect, another step on the road to superstardom. Plus, the lyric: "Everything you exhale is attracting flies" has to be the best pop put-down in bloody ages...
Read More