Deloitte, the company in charge of HMV’s administration, has announced the closure of a further 37 branches, taking the total number of closures up to over a hundred (in other words, almost half of the UK and Ireland’s branches). Worry not, though, as Elton John is here to save the day! The star’s spokesman revealed, “Elton has always been a big supporter of record shops. He will be doing something with HMV although as yet we cannot confirm what or when that would be”. Converting the doomed shops into florists, perhaps? 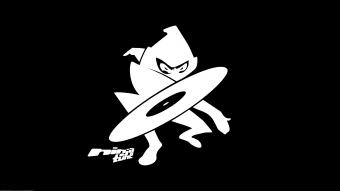 When rioters set the PIAS warehouse in Enfield alight, a number of indie label workers woke up in a cold sweat. Ninja Tune's Martin Dobson was one, and he resolved to channel that anxiety into a new venture called Beat Delete, which offers fans the chance to crowdfund re-pressings of deleted records. Dobson explains: "The labels decide on the price and order threshold they need to make the repress of the release feasible, we put the release up on the site and then customers can order the albums as you would normally on any shop. However their card is not charged until the order threshold is reached, once it is, we notify the label and then they go out and repress the product and post out the orders. It’s likely to take two or three weeks once the threshold has been met for the album to be delivered to the customer" Records by King Geedorah (aka MF DOOM), Amon Tobin, and Roots Manuva are among the most popular selections so far on the site...
Read More