I think it’s fair to say, a fair assumption, a decent guess, that we all, each and every single one of us, going about our daily lives, performing the smallest, most mundane tasks, each of us have within us, a little special place. A happy place we can sink into when laying back on the psychiatrist’s sofa. It’s like a big, velvety hug for our brains and our hearts.

It can come in the form of anything at all – that one and only time your crush glanced up and met your staring eyes across the work kitchen table and, unable to detect your heavy breathing from that distance, offered you a little smile. It might be a holiday, that time you finally threw your hands up in the air as you sat at your desk and loudly proclaimed FUCK THIS before jumping immediately into your deleted items email inbox and digging out one of the many, many flights Ryanair/EasyJet were offering in their current sale (do they ever actually sell full price tickets anymore? Have they become the DFS of the sky – a constant rotation of cheap flights on awful planes that never ever jump back up to their full price?) and then immediately booking the first place you weren’t quite sure of but are fairly sure you’ve definitely probably heard of. Isn’t that where that recent bit of political unrest has arisen? Haven’t people died there recently? No, no it must be a different place. You’re sure of it, ignore your dad, he hasn’t left the country in years. You touch down and it’s golden sandy beaches as far as the eye can see. Take that, dad.

It might be the birth of your baby, of your child. The miracle that you have created life on Earth, the tears in your eyes as you look over at your partner and see their features harden with worry and their grip on your hand becomes tighter than your own. You can almost see them see their life flash before their very eyes, their life now that they have this incredible responsibility. Maybe they’re thinking of all the things your baby can grow up to be, of all the times you’ll spend together. Maybe.

I can tell you mine, if you’d lend me your ears and eyes dear reader. My special place doesn’t come from anything quite as fancy as a holiday I’m afraid to tell you, but from a moment. That moment happened to be the first time I ever heard Cigarettes After Sex, as my dad and I were driving home from a gig (I believe it was Godspeed You! Black Emperor at Shepherds Bush Empire or whatever it’s called now) through the busy hustle and bustle of London at night, the lights of the city reflecting through the glass and the sounds leaking in through the windows.

The setting was perfect as vocalist Greg Gonzalez’s voice crooned at us through the cars speakers. It was a cover of REO Speedwagon’s ‘Keep On Loving You’. It was slow and delicate and beautiful. It still is. I had added the song to a random playlist of new music I wanted to listen to after seeing their name as I electronically wandered through the musical library of Spotify. We were talking animatedly about the gig but both grew silent as it went on. I stared out of the window and let the music wash over me as we drove through the night.

That moment is still as strong and clear in my head as if it had just happened five minutes ago. Since then I have been enraptured and enamoured with Cigarettes After Sex, lapping up their very small back catalogue of records. To date they have put out a four-song EP, a two-song single and another single. They have only just announced an album. Each release has been absolute bliss to my ears, music to cry myself to sleep to (that’s not as depressing as it sounds, I promise).

Cigarettes After Sex sound like a brand new love; of meaningful looks across a crowded room, of private jokes created and continued, of hot summer nights rolling around under the covers, of secrets shared through whispers long into the night. They sound like the end of a doomed relationship; of ripping down photo frames from the wall, of destroying personal trinkets from each other, of arguments born from nothing but an angry invisible beast rearing its head between two former lovers. They sound beautiful, they sound melancholy, gloomy, romantic, uplifting, heartsick, heartbroken and full of nothing but love. Listen to them and you’ll know exactly what I mean.

The band have played London a handful of times since I first heard that REO Speedwagon cover but I’d always missed tickets. But now, I’m standing in one of London’s best live music venues, KOKO in Mornington Crescent, waiting for Cigarettes After Sex to take to the stage. KOKO is a 1500 person capacity venue. It is a sold out show. They have yet to release an album. What have you done with your life?

There’s a wide range of people here, young and old. I’m talking student young, to walking stick old. It’s actually quite nice to see, to witness just how many people Cigarettes After Sex’s music has reached. We find a perfect spot in the centre of the floor on the lower level, smack bang in the middle with a clear eye-line to the stage. By the time we arrive the support act, a band called Tender, have just finished their last song, so we unfortunately miss them. But I’m not here for them, let’s face it. I scan my eyes around the room to take in the crowd properly. There are a large number of Asian people in the audience, chatting away to each other in their native tongue, and I love the fact that this small band from Texas has spread around the world. My friend and I chat for a bit while gently nursing our drinks before the house music fades and the lights dim and Cigarettes After Sex take to the stage.

They open their set with the beautiful ‘K’, first released as a single before it was announced as the opening track of their forthcoming album (9th June people, put it in your calendars). It’s a song about a casual affair that develops into a deeper love before blossoming into a full blown relationship. Soothing echoes of guitar pulsate out from the stage onto us and it’s glorious. Gonzalez’s androgynous voice is incredible, he sounds just as he does in the studio recordings. I feel the first, and certainly not the last, shiver of the night ripple down my spine. I am unashamedly singing along, lost in the beauty of it all. I have been waiting years for this. But then, unfortunately, I hear it.

If you’ve ever read any of my gig outings before (and why should you have? I’m a nobody at the best of times, but it’s always nice to dream) then you’d know of my constant battle against people talking during gigs. Tonight, I’m afraid to say, was no different. During a quieter moment of the song I hear the low murmur of people all around me and once I hear it, I can’t unhear it. Cigarettes After Sex are a quiet band by nature, so the talking became more obvious as their set went on. I let out a small groan and tried my best to focus my ears on the wonderful music in front of me. I just don’t understand why you would spend money on something like a gig, where you are literally handing over currency that keeps you alive to watch someone you (supposedly) enjoy performing, only to talk the whole way through. Why wouldn’t you have even a shred of compassion for everyone/anyone else watching around you, who might not want to hear THE FUCKING STUPID AWFUL FUCKING DOGSHIT THAT IS COMING OUT OF YOUR MOUTH I DO NOT CARE WHAT YOU HAVE TO SAY OR HOW IMPORTANT YOU THINK IT IS OR WHATEVER FUNNY LITTLE QUIP YOU’RE GOING TO TWEET 0.5 SECONDS LATER I JUST WANT YOU TO SHUT THE FUCK UP JUST SHUT YOUR STUPID UGLY MOUTH JUST KEEP WHATEVER FOUL POISON YOU DEEM SO IMPORTANT THAT YOU WANT TO BARK IT OUT TO EVERYONE WITHIN A MILE RADIUS INSIDE YOURSELF IF YOU IMPLODE THEN ALL THE BETTER QUITE FRANKLY YOU INCONSIDERATE PRICK.

Right, anyway. The beauty of Cigarettes After Sex is that their slight back catalogue means that I know every single one of their songs, and they play them all. They also play some new songs too, including one called ‘Flash’, which very much incorporates their same sound but is still incredible. The band don’t cut much of a figure on stage; apart from Gonzalez the other members don’t move at all.

In-between singing Gonzalez prowls around the back of stage, occasionally disappearing to play with the drummer before slowly slinking back to the microphone. Someone in front of us tries to record a video (not needed pal, take a quick photo and move on) and is quickly scolded by two ladies in front of me until he drops his phone down again. They then proceed to talk to each other about telling him to put his phone down and I almost see red but the music brings me back. Huge beams of white light erupt from the back of the stage, illuminating all of us. I look around and see friends with arms over shoulders, couples with arms intertwined around bodies that are swaying gently on the spot, and it all brings me back to the moment.

‘Affection’ gets a huge response, and it’s rightfully deserved as it’s absolutely beautiful (a song about the pitfalls and mountain tops of a long distance relationship). Then the opening drum beat and gentle guitar echoes of ‘Keep On Loving You’ billow out from the speakers and I am in heaven. The shiver is back, in full swing. I feel my body swaying on the spot of its own accord. I feel my eyes growing wet. I let out a deep breath and gently sing along, although it feels like my voice is coming from a place very deep down in my body, almost as if it’s not my voice at all. I feel alone in the room, as if they’re playing to me and only me, and yet I am surrounded by people.

I’m not the only one singing along and the connection between the band and the audience is perfect. Cigarettes After Sex also play their latest single ‘Apocalypse’ which, despite not having been around for very long, is probably one of my favourite songs of theirs. The band finish on a new song called ‘Young and Dumb’ which sounds phenomenal. If I heard the lyrics I think I did then it’s an angry song but with a hint of redemption, but sung in Gonzalez’s beautiful voice it could melt the coldest heart.

I leave the venue a changed man. I haven’t yet been to a gig where the music itself has managed to overpower the awfulness of some of the members of the audience, but this was different. Cigarettes After Sex have already announced another London show in November at the Roundhouse. By then their album will have been released, and you can guarantee you’ll find me there at the very front with tears in my eyes, singing my heart out to every song. 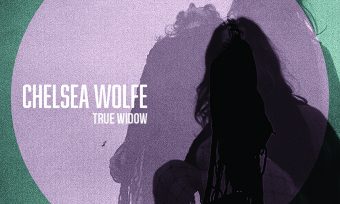 Distorted cracks of lighting lash across the audio squall when Chelsea Wolfe and True Widow appear at Heaven...
Read More