Probably no surprise to know that The Monitors have been suffering post-Brexit blues as much as quite a few other people this week (I know that some people are happy, I’ll just let them revel in schadenfreude for the time being). While attempting to make sense of things, a lot of music which could be considered for Single-Minded wasn’t doing music’s usual job of granting me a bit of escapism – calm away from the storm – even though there was plenty of early-summer, light-R&B pop tracks to choose from.

Then I realised that I actually didn’t want any escapism. But neither did/do I want Red Wedge groupism.

Thankfully, there are plenty of artists making uncompromising music for these uncompromising times. Building bridges between electronica, post-punk, jazz, spoken word and the rest, not to satisfy an audience at the BBC hoping to tick off demographics but to summarise a modern experience. If anything, a majority of these artists exist on a permanently below-the-radar basis, perennially booked for 10,000 capacity inner-city festivals, hopping between Bandcamp and independent labels, collaborating with visual and digital artists, at once pranksters and way ahead of the curve. Highlights in this realm from the recent past include Holly Herndon’s exploration of sex and power in ‘Lonely At The Top’, the post-globalisation apocalyptic overtones of OZmotic & Fennesz’s ‘Liquid Mrkt’ and Babyfather’s looping, tongue-in-cheek patriotism for the duration of their album’s five-minute intro track.

Added to that (somewhat bleak) playlist this week are two tracks that are dark without being comically so, and personal without falling into self-indulgence. First up is Izzjazz’s self-titled debut track. The spirit of Ken Nordine is palpable as Izzjazz’s protagonist talks us through sci-fi landscapes, dotted with glitches and haunting rumblings of bass, in a neo-Biblical tone.

Secondly, L.A., Surulere & South London’s Klein popped up on my Facebook due to her striking video for ‘Marks Of Worship’ getting a premiere on iD earlier this week. The Lynchian recreation of a spiritual gathering suits the audible juxtaposition of domestic arguments, anguished preaching and a subtle, off-kilter crescendo..

There are no answers in these tracks, but there is something real about them. What could be less escapist than that?

And now back to the well-insulated, windowless escapism shelter of the rest of this week’s singles…

Agnes Obel has always been on my radar without ever causing a red alert, the sort of artist I haven’t heard much of but would probably go and watch at End Of The Road on a Sunday afternoon (she isn’t actually playing End Of The Road this year but you know what I mean). This is probably why ‘Familiar’ sounds so, well, familiar, even on first listen – it’s beautifully arranged and the pitched down vocal parts are interesting, but it ultimately sounds like something I’m sure I’ve heard before. To reassert that faint praise, it’s perfect for a Sunday afternoon.

In the era of autotune, it’s actually refreshing to hear a hip-hop hook sung so unashamedly off-key. Well, I assume it’s unashamed – maybe simply no one dared tell Big Sean. If so, good. It adds character to what could’ve otherwise been an unremarkable track, and while the video that explains its reappearance months after initial release doesn’t add much, I’m still happy to hear that chorus again…

Similar to Big Sean’s wavering tones above, the slightly unsettled percussion on ‘Sitting So High’ helps it stand out slightly against the plethora of James Blake meets Chet Faker smoothies and their moody lounge warbling. A little disruption goes a long way and Awir Leon shows he knows this, as well as having a nice sideline in Blake-ish crescendos.

Caspian Pool – It Doesn’t Matter To You

Probably my favourite synth parts in a pop song since Empress Of’s ‘Water Water’, although ‘It Doesn’t Matter To You’ is a far friskier affair. Not many ’80s-influenced pop tracks manage to get past my internal bouncer, but the fact this sounds like a glossed-up Maria Minerva production after a few cocktails means it’s waved right in.

Hieroglyphic Being – The Disco’s Of Imhotep

This is so good I can even overlook that misplaced apostrophe. Which means it’s really good.

A friend who discovered Kaitlyn Aurelia Smith at the same festival (Rewire, if you’re interested) sent this over with the following message: “Ambient goodness, like on Smith’s album, but no vocals and brass thankfully.” Personally I’m a big fan of Smith’s singing and woodwind so will probably listen to April’s EARS album another dozen times before I return to this, but different strokes and all that.

That’s not how it works Nots: you’re supposed to entertain me. Damn these punk rockers and their insistence on subverting convention. Luckily, from the chicken-clucking guitar of the intro to the descending riff, this is a subtly synth-boosted Nots doing what they do best. Except over seven minutes rather than the usual two, which is probably a little longer than necessary really.

On a week like this you need something soothing to stop your blood boiling over, and the latest release on Pan sub-label Codes is just the ticket. SKY H1 might sound like a new TV channel dedicated purely to the projectile poison spewing out of the House Of Commons at the moment, but it’s quite the opposite. A couple of Xanax and this on repeat and you’ll forget Boris Johnson ever existed… 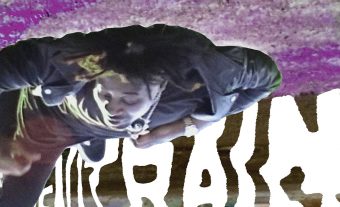