This album is funky. Proper funky-like. It’s got more rubbernecking than your average car accident.

The album I’m talking about is Commontime, the fifth album proper from brothers David and Peter Brewis, otherwise known as Field Music, and boy will it make you dance like a freaky floppy-necked mammal.

If you haven’t come across them before, Field Music emerged around the same time as the 2004 post-punk revival (trademark NME, no not really), and were closely linked with other Tyne and Wear bands like The Futureheads and Maximo Park.

They released their self-titled debut in 2005, which set them apart from their angular, angsty oft-collaborators and displayed Field Music’s leanings towards experimental pop music rather than the art-punk of their peers. Less out-of-breath panicking, more cuddling. Pop music for adults.

There are so many standout tracks amongst Commontime’s 14 that we could be here for a while, and I know you’re all busy people these days. So I wont rant about each and every one (see the director’s cut special edition of this review, which will be released around Christmas for maximum marketing effect, obviously) but suffice to say each song is a glittery earworm ready to bore a hole through your mushy grey matter, leaving you dazed and wanting more.

The album starts with ‘The Noisy Days Are Over’. Which is, as you may have guessed, funky as fuck (damn I said that bloody word again). It marries the jittery rhythm of the best of Hot Chip with a wry Talking Heads angularity. The lyrics explore the theme of growing up and accepting adult responsibilities, a theme which re-occurs throughout Commontime: “The noisy days are over and here we are instead / Why don’t you go to bed like everybody else?”

Pleasing brass wafts in with the feel of Bowie’s ‘Young Americans’ and the song collapses into a lovely heap of warming musical goo. Lovely start.

Second single ‘Disappointed’ is a perfect distillation of Field Music’s shoulder-jutting pop prowess. It’s an absolute fucking belter and really shows off the brothers’ harmonious joint vocals: “If you want this to be more / Then you’ve got to let me know / But if you want me to be right every time / You’re gonna be disappointed.”

The end of that line is performed in a wonderful baritone, making it stand out from the disco falsetto vocals preceding it. It’s the kind of detailed odd-pop kink that Field Music perfect over Commontime’s 58 minute running time. 58 minutes may seem like a lot to get through in this digital age, but at no point does Commontime overstay its welcome.

‘I’m Glad’ is the track most likely to be associated with the post-punk bands mentioned earlier. Sheltering stabbing, swivelling guitar lines and pounding drums, it also has a tasty flavour of Bobby Conn deep within its apocalyptic guitar feel, which is a massive boon to my ears.

‘Trouble at the Lights’ is a slower change of pace, an epic builder of a song which starts from a quiet piano and vocal waltz before launching into a full-on glam wail. Like 10cc at their mad best.

It’s playful and joyous throughout. I particularly like the way the song titles appear to have a conversation with themselves: I’m Glad; Don’t You Want to Know?; How Should I Know?; The Morning is Waiting For You; Indeed it is. Brilliant that. This also reflects the way that the two brothers’ vocal styles interplay, acting as a dialogue between them.

As I mentioned earlier, the album lyrically appears to be about coming to terms with adult responsibility. This can best be heard in the lyrics to ‘Stay Awake’, which appear to be about coping with the tiredness of late-night baby maintenance (or parenthood):

“Sorry if I’m ever short with you…

…Sometimes I can be miles away…

I would rather stay awake, if that’s the thing I can do.”

The lyrics are filled with little personal and mundane details like this, which give the songs an emotional, real-world weight. The multi-coloured instrumentation makes even the minutiae sound fun.

Talking of fun, Commontime is the most fun you can have with someone else’s nan’s clothes on, or however that bloody saying goes. Still, if you’d rather not dress as an elderly blue-rinser then Field Music are just as enjoyable, clothes on or off. Let’s get funky… Ah shit. 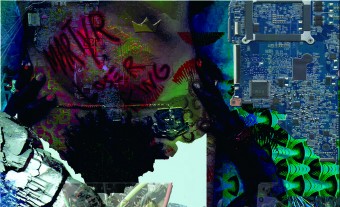 While many mainstream artists seem unwilling to focus on anything beyond their own arse, Saul Williams presents the bigger picture with poetry and vitriol.
Read More