I’m a bit of a latecomer to most of Mykki Blanco’s catalogue. The release of C-ORE, which sits somewhere between digital art exhibition and label compilation, changed that for me and should, if there’s any justice, do the same for a lot of other people too.

The New York-based producer, MC and performance artist is a combination of punk energy and grimacing futuristic production techniques (possibly a little too punk at times). The gender-tag refuting artist has also made significant moves to break down barriers around sexuality and gender through his videos, music and interviews. A Facebook status in June this year revealed he’d been HIV positive since 2011. Fearing a backlash, he wrote: “The music industry ain’t gonna like I admitted this, so if a curator could help me move more into the art world that would be awesome.”

Blanco soldiered on and announced his new label project Dogfood Music Group (playing on the title of his 2014 release, Gay Dog Food). With the release of C-ORE – a compilation formed of a new track and an interlude from Blanco, alongside fellow Brooklyn/LA-based artists Psychoegyptian, Violence and Yves Tumor – he’s hoping to “disrupt” the “singular image of ‘African American Music’”. Grand statements of intent usually set artists up for a grand fall, but if the intended effect of C-ORE was to excite, scare and exhilarate in equal measure then it’s certainly succeeded.

Things kick off with Violence (pun-k indeed) and ‘This Is Going To Be Disgusting, Unholy, and Pleasurable’. Ironically it’s one of the more accessible tracks on the record. Stuttering percussion rolls along under gothic keys and a vocal delivery that sits somewhere between Bauhaus’ Peter Murphy, Planningtorock and a distorted re-imagining of macho hip-hop – a staple style of the collective.

This is the first of a trio of tunes that open the record, and is followed by the all too brief ‘LBCD’ by Psychoegyptian. Once again the vocals are upfront and aggressive, with a typically unsubtle punk-rave crossover beat offering no remorse throughout – it sounds like they’ve been listening to The Prodigy’s first two albums.

Blanco’s new track ‘Coke White, Starlight’ completes the trio and is the most interesting of the three (the label head honcho states “they don’t want to see a man in a dress succeed” in the opening dialogue). Mykki’s vocal delivery is the most restrained of this batch, but lacks none of the required visceral quality. The track also benefits from being more of an actual structured track than an example of form – the dubby first half makes way for a brief fists in the air synth pulse that sounds like a Depeche Mode record has been pitch-shifted down a key or two while simultaneously sped up. It feels like Blanco’s new album (slated for release at the end of this year) will be as emotional as it will be experimental.

Psychoegyptian makes good on his earlier promise with the closing ‘Lullaby’, featuring Slum Savage. It has the most breathing space, and is made more accessible by following the standard trap rules of song structure. Savage spits “I don’t give a fuck” through a distorted microphone with an honesty that makes it sounds a lot less angsty than it looks written down.

Out of the three artists it’s only Yves Tumor, prominent throughout with the three part white noise and industrial demonstration ‘Histrionic’, who I struggled with. The compilation is loud and brash throughout, so I didn’t need much more to keep me awake. The tracks help cement this collection as essentially three EPs shuffled between each other, but unlike Pyschoegyptian and Violence, who have an element of progression through their inclusion, these three tracks in isolation don’t contain enough subtlety or warmth to give you anything to really dig your teeth into.

Violence makes his mark most clearly. The twisted religious symbolism in the rousing ‘Saturn’ (“there is no original sin”) is dramatic, while ‘Stillborn Song’ has the producer adding some hair metal guitar strokes and baby cries to the mix. It finds the track straddling unnecessary pomp and playful genre-moulding with some unease, but while it doesn’t totally work it’s certainly one of the truer experimental snapshots on the compilation.

C-ORE is a difficult and exciting listen. Like any anthology it isn’t a total winner, but it’s proof that ears should be kept close to Dogfood and the brains behind it.

Low - Ones and Sixes 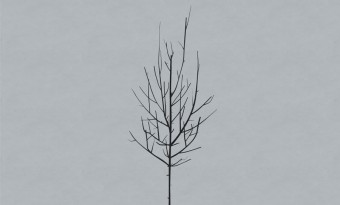 After two decades of downbeat, sombre classics Low have tossed the dice and, incredibly, come up with what may be their finest album to date...
Read More