Amsterdam dance festival DGTL is going to transplanting itself to the Forum in Barcelona next weekend (14 and 15 of August). The sea-side outdoor space most known for being the location of Primavera Sound will be taken over by what looks like Marvel-universe inspired human electric conductrs, walk-a-bout people with flame throwers, and all manner of sculpture and more from the likes of Magical Lights Parade, Elsie the Dragon and Lords of Lighting.

It’s not just your eyes which will have plenty to take in, as the line up features some of the most well known house and techno DJs around.

Headline names George Fitzgerald, (Barcelona resident) John Talabot, Maceo Plex and Âme will be joined by local talent such as Kosmos, Alfonso and Baldo who will be performing his drum machine heavy ‘BLD Live’ show.

Best of all you can party and not feel bad about it (too much) as the festival is running a sustainability programme, aiming to recycle all plastics used at the festival. The project is being complemented with showcases of innovation relevant to the theme of plastics and recycling. 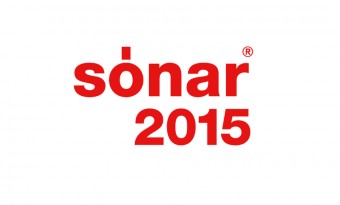 We run down a handful of the artists from Spain who will be proudly showcasing their beats at this year's June event.
Read More