In a remarkable coincidence (well, remarkable to me alone), two bands who played at the tiny, one day / one stage Tapestry Festival 2010 in leafy Shenley Park in the outskirts of North London, have both released their new albums in the same week. I like them both. The physical editions are both distributed by PIAS, although on different labels. The coincidences end there.

One of those bands, Kitty Daisy & Lewis, are discussed elsewhere. The other band, who I had not heard of when I saw them on that bright, sunny day, were Zun Zun Egui. “Who?” I asked Barry, the promoter, in order to clarify the pronunciation. “Egg you” he replied. I still don’t know if that’s correct and it doesn’t matter, although when Lauren Laverne uttered their name differently a couple of months back on 6 Music, I felt somewhat superior in that she hadn’t heard of them before.

Back at Tapestry, I remember chatting with my friend Simon Onions behind The Betsey Trotwood beer tent when we first heard the poly-rhythms and liquid bass from across the field. We moved in to investigate and I was entranced for the next 45 minutes or so by the fluid drumming, vocal yelps and soaring synths. I caught up with the band after their set, had a short chat with Matthew the drummer and purchased their back catalogue – a self-released two track CD and their first 12” for Blank Tapes.

I attempted to see the band play a London date that Autumn, shortly after moving to Brixton. It was pissing down with rain and arriving ticketless, I couldn’t get in – the hipsters had got there first. To cap off the evening, the two front reflectors got pinched off my car, a legacy of the night that remains to this day thanks to Volkswagen discontinuing the parts. Their second 12” for Blank Tapes arrived soon after which confirmed that I bloody liked this band.

However, I was a little deflated when their debut album, Katang, arrived on Bella Union in 2011. Their distinctive afrobeat-inspired sound remained in place, but the long, winding arrangements were generally discarded, with more concise structures in their place. I assumed they had disbanded until a couple of months ago, when this new album appeared on the PIAS release schedule.

The first album saw them take the leap towards a more accessible stance which wrong-footed me and, I guess, other early fans. Shackles’ Gift keeps the tightness of the first album, but incorporates more of the earlier loose-limbed grooves. Album opener ‘Rigid Man’ quickly states it’s business as usual in the ZZE camp, their clattering percussive sound augmented by the wonderfully named Satin “Wild Card” Singh and a new full-time fifth member on guitar and vocals. ‘African Tree’, which was the first single, is crazier but tied to a catchy chorus.

The next three numbers slow proceedings down. There is more space on the percussion heavy ‘Ruby’ (which has nothing to do with the Kenny Rogers hit) while ‘Soul Scratch’ has a strong dub bassline courtesy of new member Adam Newton. Halfway through this collection, it became clear to me that the band have moved a step closer to incorporating all their usual (time) signature sounds but with strong hooklines, which every song has in abundance. ‘Tickle The Line’ features an excellent and tricky vocal from frontman Kushal Gaya. This album is his best record to date in this department – it’s just a shame I can’t fully make out what he’s going on about.

Album highlight for me is the penultimate track ‘Late Bloomer’. It has a classic loping ZZE bassline, a wobbly lead guitar break and a cracking performance from drummer Matthew Jones. More dub effects appear halfway through on the way to the breakdown, although after this the track doesn’t peak, and in fact seems to run out of steam, but I bet it will really come together on stage.

I should also note that the CD package of the album is very minimal with no booklet, and is the first not to feature the colourful artwork of keyboardist Yoshino Shigihara, which is a shame. Whilst Shackles’ Gift is a great record to kick off the new year and no doubt will be taken around various festivals this summer, for me, the issue that affected their first album remains – the majesty of those two 12” EP’s for Blank Tapes is still absent. If this new line-up can roll back into the studio, hot, after promoting this one, and record a third album with hooklines as strong as these but melded to the widescreen projections of their early tracks, then they might be onto a winner.

In the meantime, enjoy the melting pot of styles which have been poured into this record. And I haven’t used the silly phrase ‘world music’ like some other reviewers have. Oh, bugger. 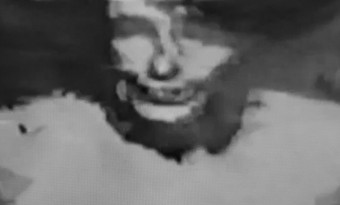 Alex Calder's brilliant 'Strange Dreams' album is guaranteed to be one of the most disappointing releases of 2015. Confused? So are we...
Read More