There’s no doubting the rock and roll credentials of renegade London independent filmmakers Powis Square Pictures. Their forthcoming existential gangster short Over & Over, featuring maverick film director Jack Bond in his first acting role since the 1960s, boasts an original soundtrack by The Clash’s Mick Jones (his first ever film score in fact). It promises to be a worthy follow-up to their award-winning first short film, The Field (which starred Alice “Sightseers” Lowe and the musician Anthony Reynolds), and will also bring Kirk Lake back to the big screen for the first time since his appearance as Nick Cave’s archivist in last year’s widely acclaimed 20,000 Days On Earth.

Lake narrates one of his own short stories in PSP’s latest short, Mirror #1, which also sees them team up with French lounge-noir specialists The Limiñanas who released their first singles ‘n’ rarities album last year on the excellent Trouble In Mind (home to the likes of Fuzz, Maston and Jacco Gardner). Spiralling around the colourful (and sometimes bloody) history of a French mirror factory and sounding not unlike a lost Tindersticks classic, the film was shot on a tiny budget in a tiny room in West London. A psychedelic fairy tale, Mirror #1 recalls the experimentation of the 1960s avant-garde catapulted into the 21st century.

“We shot the entire film in a day with a budget we’d got from selling a Led Zeppelin poster that Jimmy Page had signed for us,” explains Powis Square’s Annè Dior. “We only used in-camera effects, there’s nothing digital. It was just us and sheets of mylar, mirrors and glitter. Contrary to how conservative the British film industry seems to be getting, there are still no rules in making films. If you want to make a film you make it any way you can. And if there were rules we’d probably be breaking them anyway.”

We’d also recommend picking up a copy of Kirk Lake’s 2014 novel Mickey the Mimic, a darkly comic gangster noir set in the art world, that was our holiday reading of choice over the festive period… 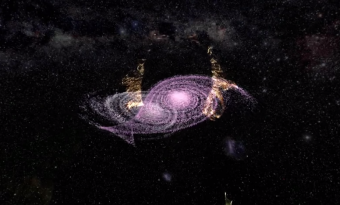 As we start forming our 'best of' lists for 2014, here's an icily immersive video from one of last year's favourites, E.M.M.A. - complete with fox cameo.
Read More