On probably London’s final balmy evening of the summer of ‘14, seeing as we are at the start of October, watching a band play the upstairs of a pub probably isn’t the most attractive proposition. However, when a good friend asked if I wanted to accompany him to a gig (post our Monitors afternoon DJ set at Big Chill Bar to celebrate their 10 year birthday), I was thankful I agreed to his invitation. I managed to catch a real gem, the highly promising Brighton based trio Our Girl.

A band with bags of potential, playing a quite mesmerising set and in a rather lovely setting. Yes, still the upstairs of a London pub. The venue is literally a stone’s throw away from Ladbroke Grove tube station and genuinely feels as though you’ve stumbled into someone’s living room. The intimate setting only further added to the experience and the band opened the evening and their set with their killer shoegaze debut ‘Our Girl’, evoking Slowdive and MBV at their fuzzy, melodic best. The icy vocals surfing on the majestic wall of noise of reverb guitar and pounding drums. The genre has been done before – but it’s rare to find a band, especially one in their early stages, who make it sound so effortless, rather than gibberish random noise wailing which is more fluke than considered. Effects pedals are used to accompany the songs rather than override them and take over.

One of the evening’s stand-outs was singer Soph Nathan performing the song ‘Heat’ by herself, which showed how well-crafted the songwriting skills are, and completely brave. It had everyone in attendance completely captivated, holding onto every note. They closed the set with ‘Boring’, a song that ached as it built over some primal drumbeats to a storming climax, which felt completely liberating. Definitely one to keep your ears peeled for. 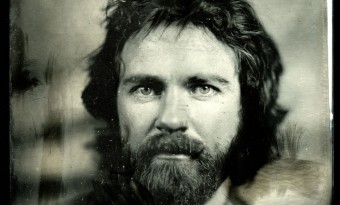 We join the cult of Charles Manson-a-like maestro Liam Finn, as he takes over The Lexington with Kiwi chums Connan Mockasin and Kirin J. Callinan...
Read More