The basement of The Exchange seems the ideal environment for this bill. A dark, dingy underground cave for three bands whose names evoke the darkness and dinginess of their music. Last night the venue was rammed from the stage to the ‘Talk To Frank’ poster in the toilets at the back, a crowd full of old school grungers, crusty punks and underage indie kids.

8:30pm is a relatively early start time, but openers Nasty Little Lonely took to the stage in front of a full room. For a writer, Nasty Little Lonely are a fun band to describe, because while they have a sound all of their own, it conjures up some pretty solid imagery as a reference point. Their songs are like those ghost train rides you’d go on as a kid, creating an atmosphere of classic horror menace that takes sudden twists and turns, with jarring frights around every corner.

Singer/bassist Charlie Beddoes created a unique presence as a frontwoman, unsettling everybody’s internal organs from the low-end and using vocal pedals to create an otherworldly atmosphere with her voice, sounding somewhat like a ghost haunting the audience for some awful wrongdoing. Backed up by Arron Bennett’s powerhouse drumming and industrial-style sample work, and Ben Fisher’s angular, freeform guitar work, they didn’t so much ease the crowd into the night as they did pummel them. Songs from their new EP, Son of the Flies, were particularly resonant, with tracks like ‘Lizardbrain’ and the EP’s title track being lapped up gladly by this mish-mash audience.

The Epicdemics seem to be part comedy act, part crusty Welsh punk treasures. Here’s a few gems from their song introductions, from what I can remember. “This song is about when you take too much acid and your body is made of spiders”. “This song is about when I was King of England”. “This one is about those cunts who sit down at gigs,” and so on, and so on. They were as brash and as loud as you’d expect of a band billed as ‘featuring members of Future of the Left’.

In fact, FotL might be their closest sonic reference point, but more stripped down, back to basics and fucked up on White Ace. Anyway, they left us with some valuable instructions; “have fun, get too drunk, punch your mate in the face”. I must’ve taken it to heart because that’s how the rest of my night panned out.

The crowd started getting more tightly packed and restless before The Wytches, itching to let loose and jump around to some doom-y surf grunge. They opened with the usual one-two punch of ‘Digsaw’ and ‘Burn Out The Bruise’, and the crowd went just a tad frenzied. You can tell they’re a band on the up; all of their older material was greeted with the kind of reaction normally reserved for big name bands playing the intro to their big hit single.

As well received as the old songs were, their set has needed an injection of new material for a little while, and with new tracks ‘Gravedweller’ and ‘Carnival Law’ the set last night had both the strength of their established hits and the freshness of new, exciting music, putting them in an incredibly strong position as a live act. The crowd needed no encouragement and threw themselves around recklessly while the band remained positively zen onstage. When they finally closed with ‘Graveyard Girl’, it was just pure devastation for the first 6 rows crammed down at the front of the stage.

After that it was all calm, cold, drying sweat, beer-soaked sleeves and counting bruises. Bristol’s gig goers shouldn’t miss The Croft too much with The Exchange playing host to midweek madness like this. And really, in conclusion, when Big Jeff is there you know you’re in the right place. 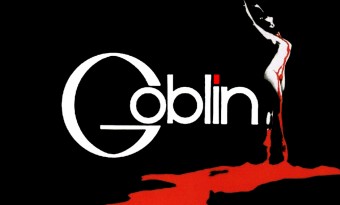