Gulf are a mysterious new outfit split between Liverpool and, er, near Liverpool, exploiting the recent rise of that popgaze sound most notably utilised by Tame Impala but also helping Childhood cause a bit of a stir. While their music sparkles with a technicolour polish, the lyrics to debut track ‘Emitter’ cuts with a taut anxiety: “Leaving you/I know it’s right but it’s something that I can’t do” the vocals chime in the opening bars. It’s the sort of romanticism I always fall for, and Gulf seem to already be pretty adept at hitting that very particular spot in my head when the sun actually bothers shining in England and an afternoon in the park with a decent view is pretty much all you’re wanting. It’s not the most instantaneous of debut tracks but by the time the radiant guitars and baggy drums have done their thing you find yourself in a mellow head space. An intriguing and promising start, and while this is only love at first sight, we’re preparing for the first date – where are you taking me, lads?

Eleven Ninety presents the fruit of his Herbal Abuse 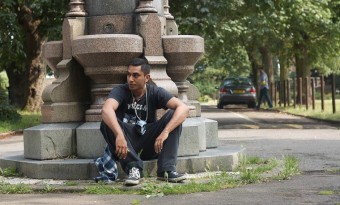