Over the next week Sound Diplomacy will be taking over the site. They’re a multi-lingual export, research and event production consultancy based in London, Barcelona and Berlin. Find more on them here.

Never satisfied with doing things in a traditional (or easy) way Robbie, James and Michael (Glitches) and their team set about transforming the subterranean shell of a venue into a theatre for their groove laden pop soundscapes and bold orchestrated visuals.

Throughout the process documentary filmmaker Katie Craik captured everything, from the band sweeping away the water that swamped the floor to the climactic party-popper finale… 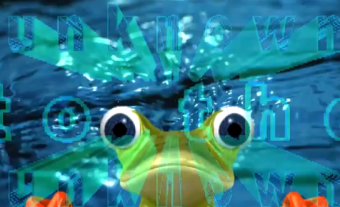 Are you sitting comfortably? Good, because with the amphibian dentistry of Unknown To The Unknown's 'Angry Frogs', things are about to get uncomfortable...
Read More