Revisiting psychedelic ’60s tropes is always a risky business in music. The potential for being seen as little more than a throwback or cheap pastiche is high, while the chance of making music with any originality is sadly low. However, perhaps mixing a long hair ‘n’ Afghan coat aesthetic with sitar ‘n’ mellotron-infused sounds has been satirised so frequently that we’ve now come full circle. Certainly, Noel Gallagher-friendly bands like Temples seem to have had no trouble gaining fans despite looking like a litter of star-children sired by Marc Bolan in ’69, and sounding like a KFC version of the Nuggets compilations (still tasty, but leaving you feeling a little empty afterwards).

Ergo Phizmiz feels a little more authentic. Based in Bridport, his distinctly British sense of eccentricity has seen him compared to the likes of Vivian Stanshall and Syd Barratt. It’s easy to hear why when listening to his new album The Peacock, the latest of about a million he’s released, many for free, over the last decade or so (or at least that’s how it appears on his headache-inducing website). Personally I first became aware of Phizmiz after hearing his organ-drenched song ‘Absolution’ on Tom Ravenscroft’s 6 Music radio show. The chords and melody seemed to revolve endlessly, like a musical version of a spinning hypnosis spiral, and I was immediately entranced.

Many of the tracks on The Peacock, including the opening title track, have a similar habit of cramming more chords into a progression than seems possible. In the opener this gives the music a slightly medieval feel to add to the bizarre lyrics (yes, the song is about an actual peacock – they “always talk in riddles” apparently. Which to be honest sounds less weird than the sound they do make), while the acid-folk style and occasional “drip drip” in the background recall ’70s psych-folkers Comus. “Every single bloody question / Becomes a very strange suggestion,” Phizmiz intones, which would also be a decent way to describe the constantly shifting suspense and resolution he employs musically.

The more upbeat numbers initially appear to be the catchier ones. ‘The Tinker Song’ sounds like the inspired creation of a British Invasion band who missed the actual invasion because they couldn’t afford a decent drum kit, the slightly detuned guitars and brief whistling section particularly charming. The piano-led ‘Open Artery Surgery’ is similarly fast-paced, although with a chorus that sounds like it’s a deranged surgeon’s siren song, as he attempts to lure wide-eyed youngsters into his psychedelic death cult. Lyrics about “spilling essence on the floor, which spreads like lovely butter” are enjoyably creepy.

At times Ergo Phizmiz dispenses folk of the finest strain. The beguiling clicks and chimes of ‘Mandrake’ climb around twisting time signatures, creating a dappled effect like the music is been filtered through an ancient English forest. The pumping accordions and organs of ‘Consequences’ are just as addictive. “Would you like a Calvados with that?” offers our host. ‘Yes Sir!’ you reply, before falling headlong into a ditch. Kiwi comedy duo Flight of the Conchords may have boasted their own tripped-out ‘Prince of Parties’, but a Phizmiz shindig sounds like much more fun.

There are fun and games of a darker variety in ‘All Fall Down’, which resembles a pagan ‘Ring a Ring o’ Roses’ in its cheerful depiction of death, while the jaunty tune and bizarre subject matter of ‘The Flying House’ make it sound like a particularly surreal Kinks composition: “Fit a motor to your castle / You are such a lot of hassle” sings Phizmiz, with a tuneful Ray Davies-esque sigh.

There’s a chance some numbers might begin to grate after a while. ‘The Light Behind You’ is double the length of everything else here when it could easily be half, while the ramshackle tango of ‘Smiles of a Summer Night’ is intensely irritating right off the bat. Those are the only moments when the standard of song-writing and musicianship drops though, and to be fair you sense the artist’s inconsistency is also part of his appeal. After all, there are enough people making albums that play it straight, so it seems a bit churlish to criticise experiments that don’t come off.

Does The Peacock manage to skirt the perilous crevice of ’60s pastiche then? Not entirely, and it doesn’t really matter. Comedian Matt Berry, who has trodden a not dissimilar path with his own prog-folk albums recently, had his most recent record Kill The Wolf described as “obviously in love with its influences [but] confident enough to poke fun at them as well” by Mat Colegate in The Quietus. The Peacock could be described in similar terms.

What’s more, by the end of the album it’s clear that the well he draws from is far from shallow, temporally or generically: Phizmiz himself names crooners and jazzers like Al Bowlly and Roy Fox as influences. Ultimately, beyond the retro-friendly lo-fi production and occasional psych-folk cliché, what shines through is Ergo Phizmiz’s obvious love of music. Happily, this has produced music that deserves to be loved in turn. Now where’s that Calvados… 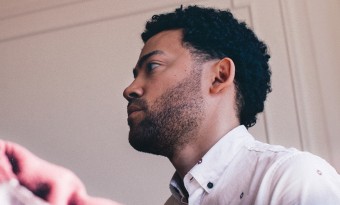