Measured against and defined by the nineties, Pavement and, to a much lesser extent, Silver Jews, Stephen Malkmus has his work cut out when it comes to making music. He’s forty seven years old too, so it’s not like being that chilled out guy is getting any easier either.

Primarily showcasing tracks from new album Wig Out At Jagbags, Stephen Malkmus & The Jicks offered a laid-back, fairly predictable performance at The Forum earlier this month.

The headliners came on to an unassuming, minimalist stage: even the lighting throughout the show was subtle, contributing to the slacker rock vibe that typifies Stephen Malkmus. It was everything it should have been: the band seemed friendly and modest, while Malkmus exuded calm confidence. The tone was so casual that it was even noticeable, and very slightly incongruous, when a guy leaned onstage from the wings to switch Malkmus’s guitar between songs.

Wig Out At Jagbags converts into a live show very well: ‘Chartjunk’ and ‘Cinnamon and Lesbians’ stood out, while ‘Houston Hades’ and of course ‘Lariat’ gave off an air of easy familiarity that somehow pre-dates their inception. The musical arrangement was tight throughout, and I was particularly impressed with Mike Clark, guitarist and keyboardist for The Jicks. 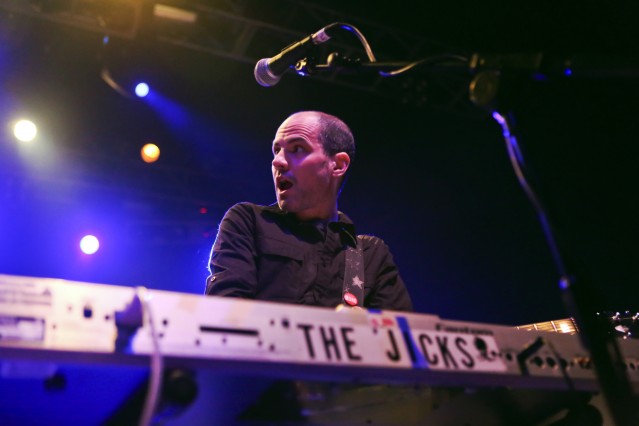 The neat playing ensured that everything sounded much as expected. Despite this, ‘J Smoov’ offered itself as a completely unexpected highlight: it’s a track that failed to catch my attention on the album, but live it was surprisingly touching.

The instrumental clarity during the slow jam at the end was captivating, and I found it the most beautiful and engaging song of the show. I’ve never been the most ardent fan of Stephen Malkmus – sure I like him, but my heart belongs to Dave Berman – but this song touched me in a way that I thought Stephen Malkmus, outside of Pavement, never could. Maybe it was the beer.

Alongside tracks from the newest album, a few highlights from Mirror Traffic featured too, including ‘Tigers’ and ‘Forever 28’, although ‘Senator’ was disappointingly absent. In compensation, we were treated to Pavement’s ‘Harness Your Hopes’, after which bassist Joanna Bolme said, “That was a Green Day cover.”

During the encore there was a bit of technical glitch and the band abandoned trying to play an unreleased track to switch to ‘Jenny and the Ess-Dog’. Stephen Malkmus wobbled his knees around doing an adorably dorky dance, and it was a pleasant reminder that at this stage in his long, successful career he could be doing a lot worse than enjoying himself, man. 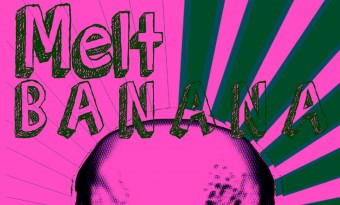 Melt Banana are on their way to obliterate London in May. The only thing in their way? The capital's own resident sonic warriors, Teeth of the Sea...
Read More