There has been a lot of bollocks written about how the last few months have constituted a musical ‘Summer of Love’ across the British Isles. As far as I can tell, this is entirely due to the existence of bands with the capability of pulling off tie-dye/cravats/paisley (Swim Deep, Temples, Charlie Boyer & The Voyeurs, etc.), some twats called Foxygen who wear flowers in their hair, and the fact that a band genuinely decided to call themselves Peace. Unfortunately, for the most part the influence of the sixties seems to have been largely superficial. In comparison to that era, our drugs are shit, our political protests poorly attended and our ‘free love’ riddled with STDs and regret. I mean, maybe the original summer of love was similarly rubbish, and only diminished memories and the rose-tinted filter of the nostalgia industry keep us believing that the 60s was a cultural golden age, but it seems like we’ve been given a raw deal.

Still, while technicolour footage of that much-vaunted decade might make modern Britain seem even more interminably grey than it is, the music of that era has at least inspired some interesting retakes by some of today’s emerging bands. Few have taken on that influence more appealingly than Manchester’s Temple Songs. The fourpiece rough up their obvious love of The Beach Boys with sand-blasted guitars and tartrazine rhythms, pumping their pop blood through a jerky, frosted heart.

They first came to our attention with a couple of single releases last summer. ‘Luxury Lice’ slithered into view with thick guitars like hairy slugs, if slugs were really, really fast and liked to jump hedges. Their polished songwriting had an appealing DIY feel, and listening to the EP felt like an early morning walk to work, slightly stoned and reasonably cheerful but unable to avoid your impending destination. Bleary-eyed joy mixed with dread. There was also a hint of Supergrass’ chipper boisterousness, to the point of slight disappointment when I discovered they didn’t sport ridiculous mutton chops.

Their next single, ‘Magick With A K’, was even more cheerfully warped. If you ate a load of Syd Barrett flavoured ice cream and vomited up onto a record-player with a broken belt, it’d probably sound pretty similar. Well, it wouldn’t, it’d sound fucking horrible, whereas this is ruddy great, but you get the idea. Frontman Jolan Lewis gave an insight into the secret behind their sound, revealing: “We try to record more than one instrument at the same time. That goes on to a digital machine and then to a tape reel, and then sometimes cassette. If I can’t get the sound I want, then I’d rather just completely fuck it up”. And Lord, he fucked it up good.

And has continued to do so. July’s single ‘Passed Caring’ is their best track to date, revolving around a simple, rising, three-note riff that creates a psychedelic effect similar to watching a barber’s pole spinning. The b-side, ‘Dinosaur Alley’, is exactly what rough-around-the-edges power pop should be: squealing guitars, singalong melodies and frenetic drumming. It bounces like a rubber ball that’s just been lashed down a tight corridor.

Their latest single, the forthcoming ‘I Can’t Look After You’, is a little cleaner sounding than certain earlier efforts, not dissimilar to near namesakes Temples. Another new track called ‘Exactly the Same’, a session of which recently cropped up on Manchester Scenewipe (and is posted below), is ironically rather different. Opening with a shower of shattered guitar confetti, it’s a little more discordant than usual but just as addictive.

In fact, adding some screwed, soured sounds to a sweet ‘n’ noisy template is a formula you hope Temple Songs continue to follow. The fabled ‘Summer of Love’ may not have materialised, but we’ll happily settle for a Psychedelic Autumn of No Particular Fixed Emotion instead. 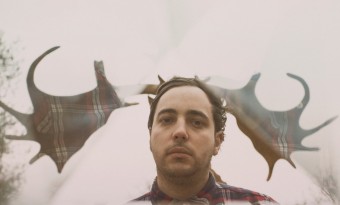 Are you happy? That's what riotous garage nutcases Mickey Gloss want to know, and if you listen to them you will be.
Read More