It’s not often that an audience consisting mostly of random competition winners and guest-list VIPs can find themselves captivated enough to not speak throughout a set, but to my surprise and great relief they pretty much managed it during Sigur Rós’ evening for the iTunes festival at Camden’s Roundhouse. It’s not an understatement to say that they left the crowd spellbound. Maybe I’m being cynical, but I’ve been to a fair few showcase sets and even iTunes festival performances, and generally the crowd, not surprisingly, are people who casually seem to be on ‘a night out’. A jolly, if you will – perhaps evident in the fact I could simply walk right up to the barrier with no hassle after coming in 20 mins after doors opened. 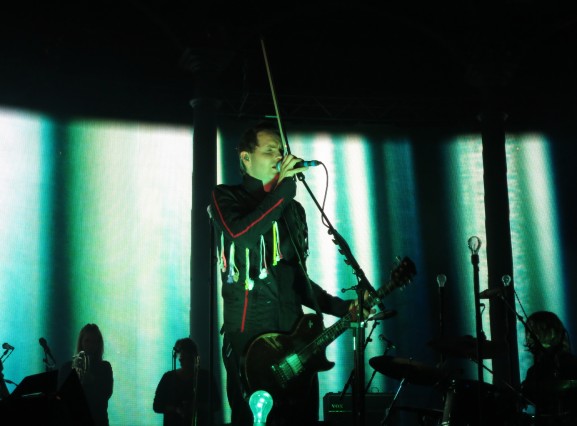 Possibly as a result of this mixed crowd, the band were quite coy and didn’t engage (not that they’re ever especially chatty during live concerts). Singer Jónsi Þór Birgisson, almost defiantly, simply uttered ‘takk fyrir’ (Icelandic for ‘thank you’) upon taking the stage, which left people baffled. FYI: Jónsi can speak perfect English. Still, they clinically dispatched through a handful of songs from their most recent release, ‘Kveikur’.

Opener ‘Yfirborð’ sounds achingly grave, before letting out bursts of quick-fire snares and floor toms like shafts of light breaking. ‘Hrafntinna’, driven by its percussion section, sees sweeping strings, bow-played guitar and the band’s best weapon, Jónsi’s vocals, brooding with melancholia. His voice can leap from downbeat and sombre to soaringly angelic, while the bowed guitar, drenched in reverb, can at times resemble a 747 flying through thunder clouds. 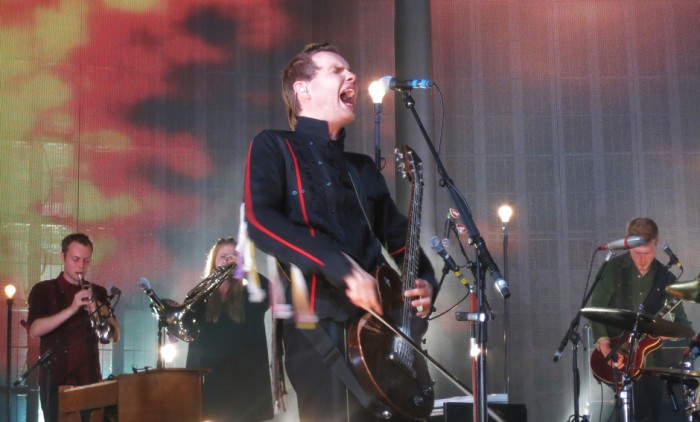 It’s no surprise that, following the celestial and heavenly falsetto and the never-ending ‘touched-by-angels-crying-from-heaven-on-top-of-a-mountain-glacier’ metaphors, the band drop the relentless ‘Brennisteinn’. Fuck the weeping angels, Sigur Rós DO industrial. The heavy clanging of metallic beats drive through the song as they pound away any preconceptions you may have had of the band. Bassist Georg Hólm plays a hypnotic, effect-laden note and drummer Orri Páll Dýrason literally looks as if he wants to destroy his skins. 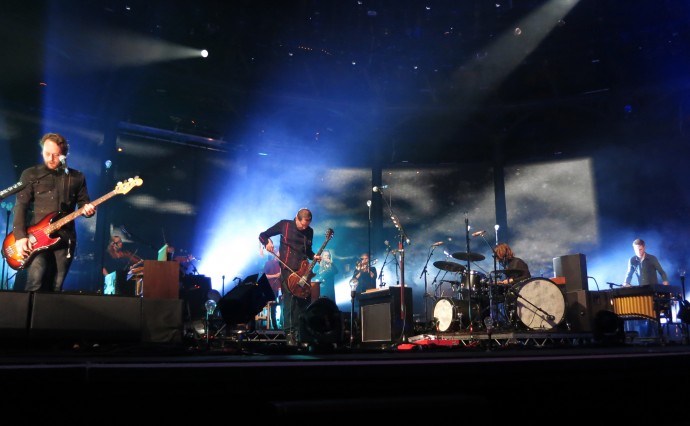 After the new songs are delivered the band seem visibly warmed up, and with the crowd firmly onside they drop the hit factory. ‘Festival’ (you may remember this song from such biographical survival dramas as 127 hours) sees Jónsi taking the first part solo, cooing for what seems an eternity, before being joined by the rest of the group and dropping a joyous climax of bass, brass and strings, evoking an unbridled, childlike happiness which not many people can resist. If you can resist it, you’re obviously cold blooded. 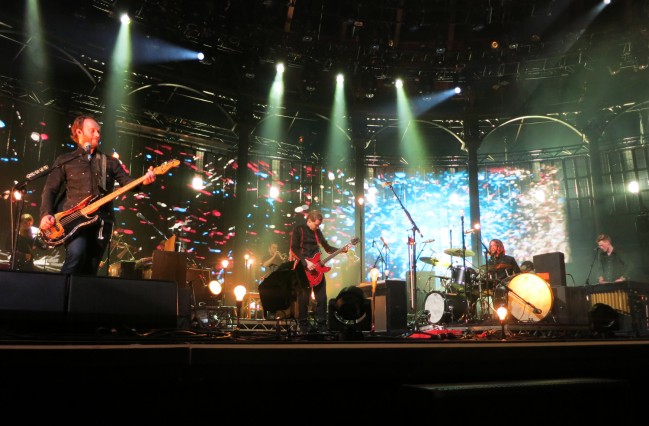 As expected, ‘Hoppípolla’ gets an excited reception as soon as the first piano notes hit, and old school favourite ‘Svefn-G-Englar’ has the teenage girls next to me in jaw-dropping awe when Jonsi brings his guitar to his face and sings into the pickups, creating a submerged underwater echo. One of the girls turns to her mate and simply whispers: “Wow”. One of the evening’s highlights, ‘Glósóli’, sounds truly possessed, as if it got too close to the sun and was sent into a downward spiral. 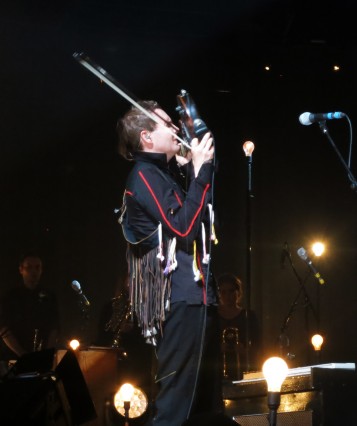 A slight lull in the set is when they drop the slower tempo’d ‘Untitled 1’, aka ‘Vaka’, and ‘Ebow’. Both songs are instrumentally fantastic but contain too much of the made-up Hopelandic ‘lyrics’ (basically the repetition of the phrase, ‘You-sigh-allowe’). It may showcase Jónsi’s vocal range, but it can also sound repetitive and grating. 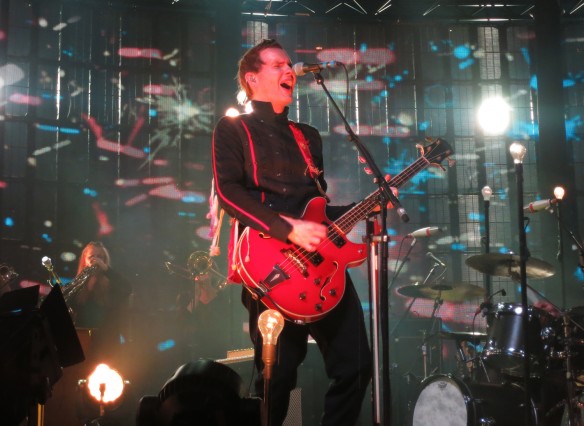 The closer, ‘Untitled 8’ aka ‘Popplagið’ aka ‘The Pop Song’, contains this brand of Hopelandic too, but thankfully the song contains enough drama and dynamism to keep you on edge. The song, which has been the band’s signature closer for the best part of 13 years now, is a sign that shit is about to go down. For reals. The opening riff repeats over and over again in a mournful mood, before breaking into an endless crescendo as the drums go primal and Jónsi sings a siren song, drawing you into the rocks. The resulting climax is something quite spectacular. And before you know it, the band are gone. 12 minutes has never passed so quickly. 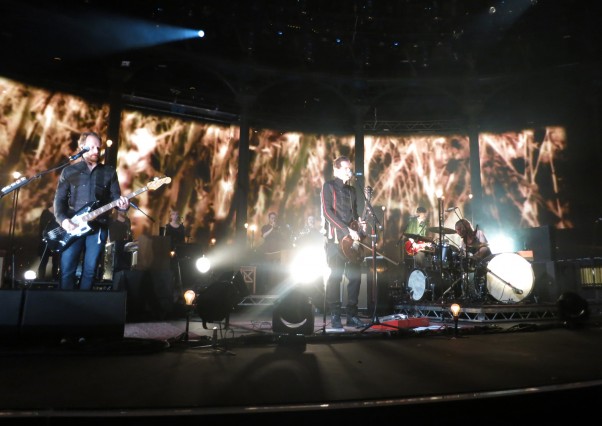 They do reappear, of course, to acknowledge the crowd and milk the rapturous applause. Dropping their insular on-stage personas and taking a deserved bow, there are even a few smiles. As live experiences go, it’s not something you can really compare. Even though Sigur Rós are firmly in the mainstream, there’s not one single band out there who have harnessed such a unique sound, and the scary thing is they’re still evolving. Having dabbled in shoegaze (Von), orchestral excursions (Ageatis Byrjun, Valtari), happy-clappy rock (Med Sud), acoustic (Heima), electronica and minimalism, all with tinges of post-rock, and now the more industrial, brooding sound of ‘Kveikur‘, it’s fascinating to consider what the band’s next step will be. And if you have a chance to see them live, don’t think twice. Don’t think at all. 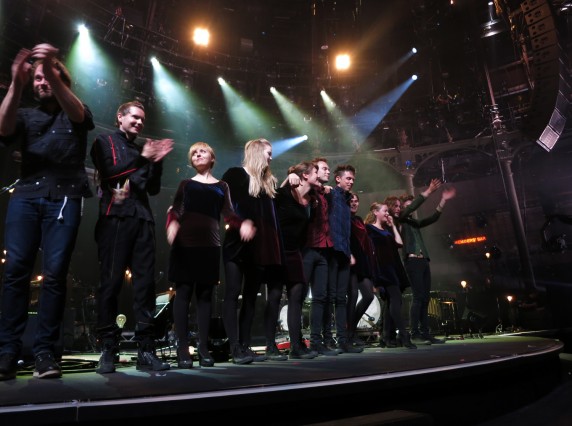 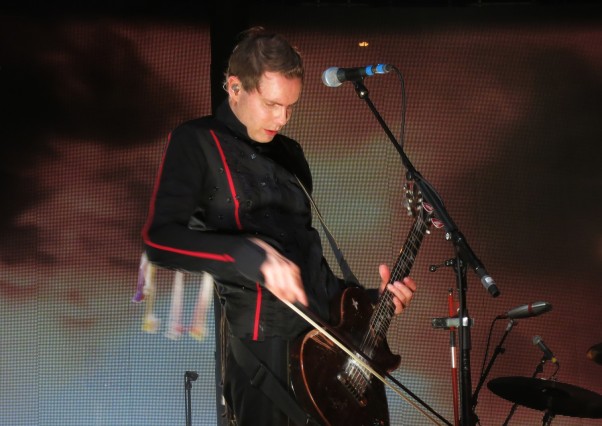 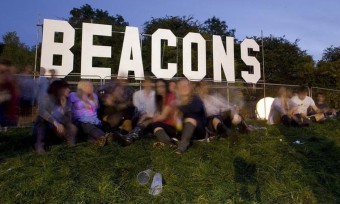