At the beginning of the video for ‘Flying’, a scratchy slogan flashes up: “The Revolution Is Over”. Well, the grime revolution was clearly over some time ago but that doesn’t stop this from being the most exciting tracks the scene’s Godfather has put out in years. Considering he’s been running the risk of becoming more notorious for being a gobshite on the internet, this is good news. “I’m back where I wanna be,” he repeatedly insists; whether that means back at Big Dada after walking out on Warner (having leaked half of his last album) or back in London after his hilarious Glastonbury misadventure, he sounds totally rejuvenated.

The video sees fairly standard footage of Wiley rapping in an abandoned building enlivened by some brilliantly sketchy animation laid over the top. Flashes of red disrupt the black & white base, and there’s a nice touch when several other colours briefly burst open as he spits about how his “personality’s colourful like a rainbow”. The editing is perfectly paced to match the frenzied track, while lines about how he “didn’t turn up to the cover shoot” provide an always welcome reminder of when he pulled a similar stunt during the ill-fated ‘Rolex’ video shoot (seriously, this recollection by a video commisioner who worked on it is a must read). Truly, Wiley’s back where we want him to be – spitting rhymes on our stereo rather than insulting farmers on Twitter. 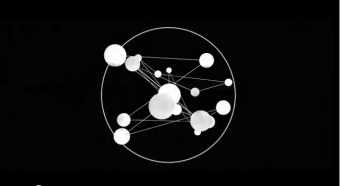