Over the last 9 months or so, Savages have been the band on everyone’s lips. Indeed, every label in the Beggars Group (XL, Rough Trade, 4AD and eventual victors Matador) requested to sign them. It’s been the most refined, well-calculated band profile construction in recent memory.

Apart from a couple of limited vinyl releases – first single ‘Husbands’ and follow up live EP ‘I Am Here’ – the amount of music available to an increasingly large and slavering crowd of devotees was pretty slim until this week, when Savages finally released their debut album, ‘Silence Yourself’, into the world.

What the album manages to do is take their proto- and post-punk and goth influences (Black Sabbath, Siouxsie & The Banshees, Bauhaus, Patti Smith) and put them into a neat forty minute album that rattles, shakes, booms and pounds its way through your stereo. They’re not original ideas by any means, but the way Savages reattribute the messages of self reliance, independence and aggression in a music scene saturated with primary-coloured, meekly safe semi-pop tones is much welcome in my book. It’s not hard to see what the indie label scene saw in them in the first place; their furious dedication to their music sets them in the same stall as the likes of the Pixies, Jack White, and Sigur Ros (with whom they share management).

It’s on stage that they really get down to business though, being four darkly-clothed and charismatic characters who give off an odd juxtaposition of professional dedication and punk aesthetic. Jehn Beth’s rapid-fire head movements and clenched fist performances make her look like she’s preparing for a brawl. Her sexually ambiguous lyrics, brooding, mean and delivered with a spiky intensity, are among the highlights of the act.

You may catch them performing ‘sonic simultaneous poetry’ with pals (and equally uncompromising noise-makers) Bo Ningen in art galleries now and again. There’s also a YouTube video project of live performances where the sound is replaced with high-pitched noise. Did we mention they were arty? We meant it. On the basis of ‘Silence Yourself’, so do they. 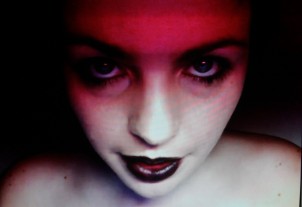 When composing music, or anything else, it's almost impossible not to be influenced by your environment. Indeed, in some cases musicians go out of their way to take inspiration from their surroundings - think about Kraftwerk's synthesized reflections of the infrastructure around them, or how the Stooges supposedly increased the volume and harshness of their sound to imitate the clanking industry of their native Detroit. Or, to put it another way, how could a band as brash, crass and plastic as The Killers have come from anywhere but Las Vegas? Emika, whose 2011 debut album was one of the most sonically captivating albums of that year, also produces music that carries a distinctive imprint of its environment. Well, two environments actually: Bristol, where she lived while studying creative music technology, and Berlin, where she 'found herself' post-graduation. The essence of these locations is clearly audible in her work. The wall-wobbling levels of bass match those you can hear thundering out of Bristol basements on any given night, while the urbanised melancholy that imbues her work has parallels in that of Bristolian icons like Portishead and Burial. Elsewhere, the clinical attention to detail and ability to make something that sounds huge yet sparse owes something to similar characteristics found in Berlin's techno scene. Indeed, it was the German capital's legendary Berghain club that provided the last piece of the puzzle for Emika. After accidentally knocking the needle off a record while collecting her jacket, she found herself stunned as she listened to the resonant vibrations slowly reverberating through the gigantic building (oblivious to the angry glares of her fellow clubbers). Transfixed by the richness of the sound, she went on to record different parts of the Berghain, which were then used as the building blocks for a compilation to celebrate the club's fifth birthday. Her own composition 'Cooling Room' was one of those featured, while you can also (just about) hear the sleazy creak of the club's notorious sex swings at the end of her song 'Be My Guest'. Indeed, she explained an important distinction between herself and many of her peers in an interview with The Quietus: "I don’t really understand why electronic music has to always be ‘tracks’, and has to always be sound effects...there can be so many possibilities of what makes people dance or not dance...and there are so many things you can do with music and sound". She demonstrated exactly what she meant on her debut album, a record of incredible depth and imagination that managed to sound both sensual and austere, utterly spacious and yet crammed with ideas. Her new album, 'Dva', will hopefully provide those same enticing contradictions, and the early signs are that it could be even better. Indeed, from the digital dub elements of lead single 'Searching' to the Teutonic delivery of 'She Beats', via the gigantic bassline that she wields like a bloody great big battleaxe on 'Sing To Me', it's clear she's still thoroughly in control of her art; and that's before you even get to her James Blake-esque take on Chris Isaak's 'Wicked Game', a song which few would dare to cover. Few people would fancy supporting Amon Tobin on his ISAM tour either, considering the main event is one of the most eye-popping extravaganza's in electronic music, making Kraftwerk's recent 3D shows look like they were created on a malfunctioning Atari ST. Emika's understated, slower-paced and generally much more minimal (though no less loud) live performances couldn't be more different than the Brazilian's, but yet his audience seemed hugely receptive to her music regardless. You imagine this is down to both artists having an extraordinary dedication to the sounds they produce. But while Tobin is definitely a creator of tracks - and mental, meandering, disjointed tracks at that - Emika crafts her experiments into songs of sinister beauty that few would be capable of imitating. Bristol and Berlin may have shaped her sound, but you suspect hers is a talent that would have bloomed wherever it took route...
Read More