If you go down to the woods today you may find the breakbeats of drum’n’bass or the wob of dub penetrating the otherwise silent countryside of England. In this special insider’s report, ANONYMOUS (wishing to remain so for reasons that will become obvious), now a legitimate promoter in a handful of cities, talks us through their experience of running ‘free parties’ for six years up until 2013 – these events are free entry for anyone with the party line and a willingness to get there.

I went to my first free party during my time at college when I was seventeen. Throughout my college years my friends and I spent every weekend looking for a party to go to, whether we were invited to it or not. These were nearly always house parties at someone’s house whose poor parents had gone away and their son or daughter had taken the opportunity to invite people round to get really wasted.

I remember on one weekend though, we were stuck, as after many phone calls on a Saturday night we hadn’t managed to find a single house party or gathering to crash. As a last attempt to find something to do, we called someone who we used to buy weed off at the time, to see if they had any ideas of any parties going on that we could turn up to. That person then told us that he was going to a ‘free party’ that night, and that it was open to anyone.

Having no idea what a free party was (but liking the sound of it), we got the information needed to find it from him, and drove to what was our first free party. This rave then opened up a whole new world of parties which we started hunting for every weekend from then on. 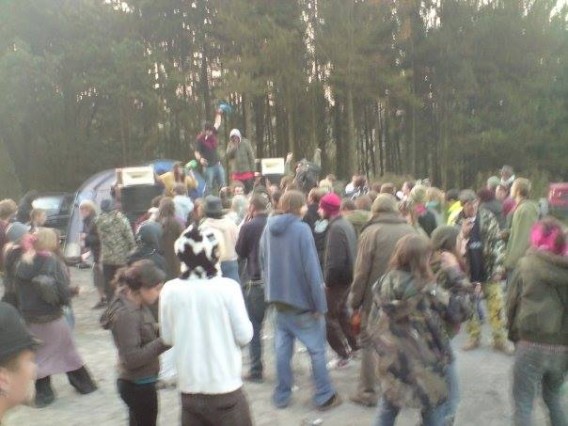 It was attending free parties (before I hosted them) that got me fully into underground electronic music. Attending free parties introduced me to different musical genres, most of which, as a seventeen year old, I hadn’t even heard of. Before I started going to raves I was more into live music, rock and metal and stuff like that, and had only just started becoming interested in electronic music as opposed to live stuff. Because of this, my knowledge of dance music at the time was very limited. By the time I was hosting parties, I was more clued up and interested in different genres of electronic music if you get me. From my experience free parties take place in many different regions. Some areas more than others but as far as I am aware free parties happen all over the UK.

A personal favourite from Anon

After attending free parties for six months or so, it became an idea to try and throw one ourselves. Within our group of friends we scraped together bits of equipment to make a small and very basic sound system, and gave it our best shot.

Sound systems can be built in many different ways. There are lots of free plans for custom building speakers available online from websites such as speakersplans.com or freespeakerplans.com. This gives a lot of choice for anyone building a sound system from scratch. These can then be sold and bought second hand; as systems upgrade their stuff then they may sell their older speakers to a newer crew. More recently Facebook groups have helped deal with buying and selling sound system equipment. As for amps and processing there are loads of different makes, some superior to others, it all depends on how much you are willing to spend and personal preference.

Google Earth is pretty handy for finding a location, then looking at the site in the daytime a week or more before a party. Word of mouth also for sites which have been used before without a problem.

In general, my favourite memories of the parties are seeing the amount of happiness they bring to people who attend. I enjoy the technical side of setting them up, planning, choosing locations, setting up the system and lighting, etc. The sun shining while music plays all day long and into the next evening was always amazing. I love the outdoors, and the scenery in the party locations is usually incredible. 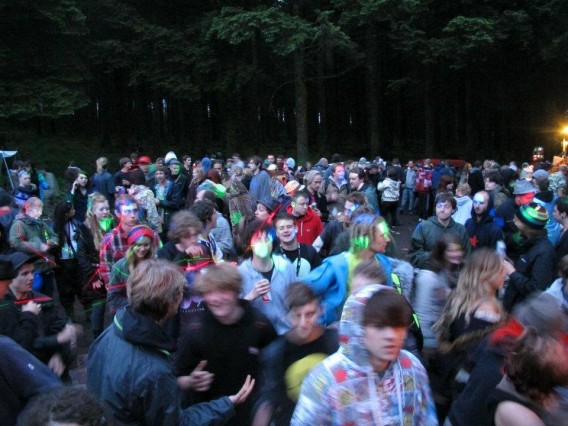 So what eventually led me to stop? Tricky question, obviously police are a problem. There were a couple of times when we were shut down after only half an hour or so… Other factors that could stop a party might be malfunctioning equipment, or difficult weather situations. Rain and electrical equipment don’t go well together.

We stopped in the end due to lots of reasons. The parties got bigger and bigger each year as more people attended, and because of this the authorities started becoming harsher and much less tolerant of it all. We had all our equipment confiscated more than once, and some of us were eventually arrested and prosecuted. Now with a record to my name, I would rather focus my attention doing things that aren’t going to land me back in court. The other thing is that as a sound system collective, lots of us have moved on to do different things. People change, interests change, and people move on.

More legitimate territory is very different, much more about making a profit whilst still throwing a good night. In my opinion being inside a venue is never as fun as being outside in a forest or field, and therefore it becomes important that we make profit, whereas the free parties were so much fun that losing money didn’t matter.

It was worth every penny. 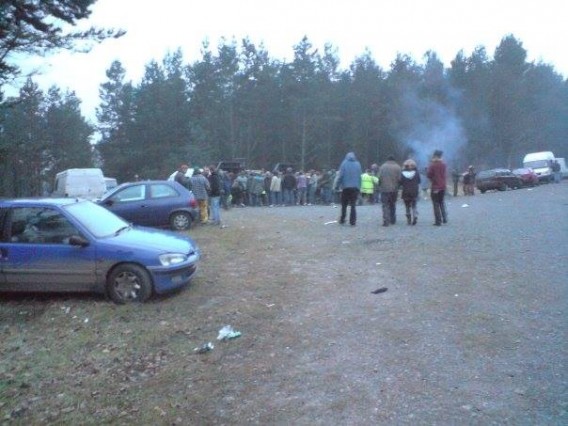 One Way Ticket to the Blues: Why is the Government Supporting Ticket Touts? 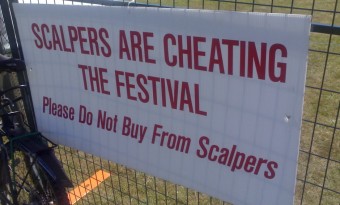 An amendment to the Consumer Rights Bill aiming to stop anonymous touts selling gig tickets at exorbitant prices was rejected this week. Why are MPs so desperate to let companies like Viagogo continue colluding with touts at the expense of fans?
Read More