The more things change, the more they stay the same, or at least that’s how it is with Radio 1 and 1Xtra. As they enter 2015 with their fancy new schedule in tow, it’s clear BBC Radio still clenches to its demographics. Last July we looked at the BBC’s positive discrimination to highlight divides which frankly shouldn’t be exacerbated by a public body. On top of that, they’re equally obsessed with age.

Before we begin, BBC Radio delivers a much more well rounded and interesting service than many of its commercial competitors, the only real decent alternatives being hyperlocal stations such as NTS or an independent station like Rinse. This isn’t a flat-out attack on a pop station either; pop music deserves as much room as the more avant garde, and as the BBC is a public service it’d be worrying if all Taylor Swift was replaced with Stuart Maconie’s Freak Zone or vice versa. It’s also nice that, despite the fact that it looks like it happened because it was a cheap option, something like The Rock Show doesn’t get tacked onto the end of a daily schedule just to fill quotas anymore, it gets a proper opportunity to make some new fans for the artists on its playlist.

However, its quotas and demographics are still strangling the potential of what could be a great collection of music stations, instead of just a good one. Music blog Supajam recently wrote an article after the newly minted R1 Breakfast host Nick Grimshaw was announced to have gained “130,000 listeners under the age of 24 for his Radio 1 breakfast show [but] shed 526,000 over 25s.” In the article, they wrote: “It’s like a bad parent annually setting fire to every single one of their child’s old toys on Christmas Eve to make room for the newest thing they can find in the Argos catalogue; not only are you thieving the kids of sentiment and depth, but also you’re irresponsibly endorsing disposable culture” which, though cynical, seems like a reasonable argument based on the facts.

The downturn of Radio 1’s fortunes is not necessarily a good thing though. An easy to access, country-wide music station isn’t a bad thing, unless you hate more than twenty people liking the same song (at The Monitors, we wish some of our picks had more exposure, not less). Radio 1 seems to be shedding some of its older fans, while 6Music picks a few of them up after increasing quality output (not least in the form of Lauren Laverne’s genre-hopping, new-artist-breaking, mid-morning melting pot), the others going elsewhere or leaving radio completely to streaming services. The madness that continues though is the idea that a pop station can’t just be accessible for people that like pop music – it has to be accessible if you’re twenty and like pop music.

Radio 1 – “It should reflect the lives and interests of 15–29 year olds but also embrace others who share similar tastes.”

Radio 3 – “The station should appeal to listeners of any age seeking to expand their cultural horizons through engagement with the world of music and the arts.”

They’re vague to the extreme. No wonder 6 Music has so many genre strings to its bow, their demographic spans three decades. There are now 35-year-olds who would’ve been the initial rave generation, necking pills on the weekend – but it’s unlikely Radio 2 going to start blasting ‘Charly’ on an hourly basis. The inferred understanding is that young people like loud music with presenters that say ‘hashtag’ out loud. As one Redditor states, “I am far from a bastion of maturity but struggle to see who listens to Radio 1 for more than a few moments.”

Radio 2 is for people that would prefer a hot water bottle but haven’t made it to the Christmas sales yet, Radio 3 is too clever for you, and 6 Music is clever but not too clever, so you’d get it, innit.

Within the charters there is a cross-station ultimatum hiding in the shadows though. You could combine Radio 4 and 6 Music’s descriptions to write out: “It celebrates the spirit of music, the station should appeal to listeners seeking intelligent programmes which inform, educate and entertain.” Surely any BBC music-orientated station should be wanting to achieve those aims, at some level, all the time? Once again, the sensible thing to do seems to be to break things up into genres or decade of origin – both rudimentary, but at least not divisive?

An almost worse kickback from the listenership/demographic obsession is that artists get the very sharp end of this wedge. At least a 40-year-old isn’t physically blocked from turning on Radio 1, but good luck getting played on the station if you’re not luckily enough to have a fully realised music career by the age of 23.

The Guardian’s report from May last year confirmed an open secret, that Radio 1 looks at YouTube and Facebook stats like an alien trying to work out how the world they’ve just invaded works. The station that deals with ‘pop’ music is now following the lead of digital platforms rather than carving out its own voice, thinking it the best way to gauge what’s a good enough song to play to the radio. Along with this, there’s also a belief that the ‘target audience’ doesn’t want to listen to people older than themselves. The result? British artists over 25 (and it does seem to particularly affect British artists, older US acts such as Robin Thicke don’t suffer the same fate) get the chop. Dizzee Rascal? Chopped. La Roux? Chopped. Even one time ‘bigger than Oasis’ pop squeak Robbie Williams failed the age test upon his return.

Radio 1’s approach to picking music has created a beast that discriminates against colour and culture because ‘there are other stations for that’, and against anyone over the age of 25 because ‘there are other stations for that’. Just because the audience might, could be, or is young doesn’t mean you have to play to the lowest common denominator. Their breakfast show presenter is employed off the back of gems such as: “[Kate Bush’s gig] was the first gig I’ve been to where I wasn’t either talking or on my phone”, while one of their key new music presenters is well known for flat-out disliking female vocals. For a station that claims to have ‘the best DJs in the world’ and continues to tag itself as a music focused station, the trend to caring more about their presenters’ celebrity status and a potential but fictitious all-encompassing ‘youth listener’ is a worrying trend.

There are plenty of individual shows across the BBC’s radio channels which genuinely do give avid and laissez faire music fans alike something to enjoy. But the BBC – anxious over evermore stringent budgets and delivery requirements from Government, while commercial competitors seek to edge them out of the picture – seem intent on sticking to a formula for playlists and station branding which seem well past their sell-by dates. With an essentially non-existent music TV schedule, the BBC could and should make its mark while it still has the popularity and the backing to do something exciting – get rid of its obsession with age and race, and (without wanting to get a bit too John Peel about it) get back to people picking songs for songs’ sake. Or in wording Radio 1 might understand: #dropthedemographics. 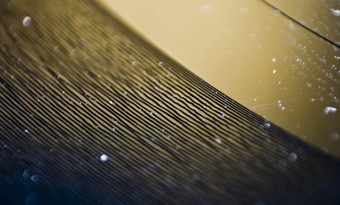 Bored of seeing the same old names in every 'Best Albums of 2014' list recently? While you may see a few familiar names in our rundown, hopefully you might just discover your next musical love too...
Read More