The ASA has banned an advert for the energy drink Pussy for having sexually explicit connotations. Ironically, the advert was actually based around the idea that any sexual associations connoted by the word ‘pussy’ are not the brand’s responsibility, a defence which would carry more credence were it not for the fact that it’s those very associations that they’re playing on.

Hilariously, Pussy also claimed that their name is actually inspired by certain feline aspects supposedly synonymous by the brand, which is a bit like launching ‘Mother Fucker Houmous’ and claiming that it’s an attempt to highlight the ancient Greek origins of the dish. However, as always with these things, by the time the ASA got round to banning the advert it had already been out for ages, and if anything the action will only hammer it further into the public consciousness… 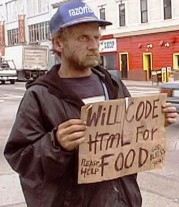 Urban Outfitters have carved out a profitable niche by presenting themselves as widely accessible while remaining somewhat exclusive. Which may be why, as Buzzfeed has discovered, they refer to their target market as the 'Upscale Homeless' - their awkward term for people who rent rather than living on the streets. Ignoring the fact that this manages to insult both a huge proportion of young people who would wince at describing themselves as homeless, and actual homeless people themselves, it's an intriguing insight into the huge effort that goes into brand profile. The Buzzfeed article features a host of quotes from long-term executive director Sue Otto, CEO Richard Hayne, former CEO Glen Senk and executive creative director Kevin Lyons at various Analyst Days, including the following choice remarks: "The Urban customer, we always talk about, is the upscale homeless person, who has a slight degree of angst and is probably in the life stage of 18 to 26" - Richard Hayne "The Urban customer is really dressing to attract a mate" - Glen Senk "Our customer is from traditional homes and advantage, but this offers them the benefit of rebellion... Probably when they were little, they saw the older kids do something they thought was really cool, and they weren't allowed to do it and now that they're adults, it's sort of like ice cream for breakfast, they can do whatever they want now. They're out on their own, independent. So one thing that actually Urban Outfitters is selling now is Beavis and Butthead tees, which sort of surprised me because I was no fan of it, but maybe I was little bit older then, but that was in 1992 ... They undoubtedly probably don't know anything about Beavis and Butthead but simply remember that being something the older cool kids did and something, clearly, they were denied." — Sue Otto "At Urban Outfitters, we get it ... 'It' is whatever walks through the front door. That's the easiest way to say what 'it' is. It is the incoming freshman, the struggling art school kid, the girl who dresses differently than her friends. The kid who has a band, anybody who has a band is our customer. I'm dead straight on that. And the girl who has not realized that quirky is sexy and that being a hipster is not simply a marketing tool, it's someone that just does something differently than others." — Kevin Lyons We spoke to our mole at Urban Outfitters who was not the least surprised at the accuracy of UO's consumer targeting, and added that the idea "anybody who has a band is our customer" extends to staffing too - half of the superb shoegaze six-piece Sheen are currently employed at our local branch, as is Joe Lean, formerly leader on the Jing Jang Jong (and more recently known as 'The Man Who Killed Commercial Indie'). And considering they more than doubled their profits in 2012, you'd have to say their clinical if cringeworthy customer profiling is paying off.
Read More