As far as protracted moon-landing-esque intros are concerned, or any lengthy intros for that matter, this reviewer is, shall we say, more than a tad averse! Put it down to an ongoing Thursday night ritual of having to listen to 150+ tracks for a not insignificant, Beeb-affiliated new music site. You have no idea how tedious drawn-out openings can be when, by the time you’ve arrived at saga number seventy seven, all you want to do is eat your dinner, de-flea the cat and get on with your life.

C’est la vie of a music reviewer. And c’est le situation with the opening track of We’ve Met Before, the debut album from Southend trio, Rounds.

Kicking off with an extended instrumental that sounds like it could happily plop onto the sparse and alien soundscape of A Space Odyssey, the title track moves from a hangar filled with anonymous footsteps and Mode-like metal sounds to a sparse, outer-space endlessness. It then deftly transitions into a robotic, listless drear accompanied by a limited selection of helium-infused synth sequences that sound like they’d be more at home back in the Second Summer of Love.

The Pipeline-type ‘found sounds’ segue into second track ‘Call’, a much livelier affair replete with the nuts and bolts fundamentals of innovative experimental dance-electronica. The vocals and hyperactive energiser drumming doff their respective caps to Thom Yorke and Phil Selway, and the resultant sound is actually quite the opposite of cover-version cringe.

Fourth track in is a dreamy concoction with an indie vibe, aptly entitled ‘Die Dreaming’. There’s a touch of the Bono’s on the vocal (now, now, behave!) and the overall effect of the delicious keys and intuitive percussion is both infectious and moreish.

Rounds by the way is trio Robert Cooper (vocals, synths), Andrew Chapman (guitars, synths) and Ashley Kemp (drums, samplers) who, their blurb suggests, can be compared to Radiohead (yep, get it) and Mount Kimbie (er, who?) [Er, here! – Ed.].

They’ve been on the scene around five years or so and have had a steady flow of EP and single releases to tide them over until the time was ripe to unleash their first full-length record. Previous releases have netted them radio airplay on BBC R1, 6 Music and XFM as well as enamoured wordiness from the likes of NME.

Lead single from We’ve Met Before is the soporific ‘Feel’, rife with push-pull electro waves and prismatic piano that falls on Cooper’s hypnotic falsetto like perfectly formed drops of delicate crystal. A compelling number, it has the effect of being pulled backwards before being sucked down a mysterious vortex. With its air of uber cool lo-fi, accessorised with echoey ambience, it’s possibly the best track on the album.

It’s hard to pin down Rounds, which is always a good thing in this reviewer’s book. They dabble in indie, experimental, post-rock, trance-light and none. ‘Fawn’ is a classic example of their idiosyncratic muddle of genres where indie bleeds into experimental rock. Cooper poses an intriguing vocal which he lets hover over Kemp’s insistent and spot on percussion and Chapman’s darkly fascinating basslines. This reviewer’s favourite.

We’ve Met Before, which comprises eleven tracks in total, rounds off with reverb reverie of ‘Fatherhood’. With its clouds of breathy vocal, carnivale drumming spree and funky loops, it’s a fittingly colourful and uplifting closer to a fascinating storyline. An album of minimalist ambience fused with melodic EDM, We’ve Met Before is a series of atmospheric, explorative soundscapes painted with strokes of artfully choreographed instrumentation, blended with intuitive mastery.

COMPETITION!
We’ve Met Before, released through Blind Colour, is available to buy/download or stream via iTunes, 7Digital, Beatport, Amazon and all the usual suspects, but you can also WIN a copy of the album right here!

In a celebration/piss-take of the ‘redundant format revival’, Rounds have not only released We’ve Met Before on cassette tape, but have also lovingly put together a ‘Video EP’ on actual, genuine VHS, featuring ‘We’ve Met Before’, ‘Feel’ and ‘Fatherhood’. What’s more, each of the videos has been converted to anaglyph 3D (i.e. red/blue 3D) and the VHS comes with 3D glasses. The future is HERE!

To win a copy of both the cassette and VHS, which also comes with a download code for the album, simply send an email marked WE’VE MET BEFORE to info@the-monitors.com, and we’ll announce the winner on Monday May 22nd. Good luck! 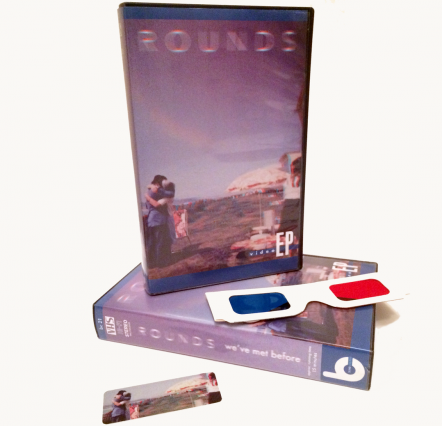 Competition terms and conditions: Entrants must be over 16 years of age. Prize is one copy of We’ve Met Before by Rounds on both cassette tape and VHS. By entering you are giving your permission to be added to The Monitors mailing list, from which you are free to unsubscribe at any point (although you probably won’t want to). The winner will be drawn and announced on May 22nd. Thanks for entering.

Hauschka explores pianistic possibilities on 'What If' 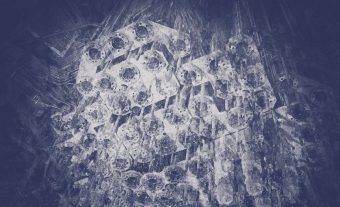 Creating a signature sound on the piano is no mean feat, but German composer and prepared piano specialist Hauschka has mastered it on his eighth solo album...
Read More