While many mainstream musicians seem unwilling to focus on anything beyond their own arse (quite literally in Kanye’s case), Saul Williams can always be relied upon to not only see the bigger picture, but interpret it with poetry, wit and vitriol.

Ever since he came to wider attention with debut album Amethyst Rock Star and the superlative 2004 single ‘Black Stacey’, a compellingly sincere account of adolescent insecurity about his complexion, he’s combined a creative wanderlust with the ability to suddenly focus on any issue, personal, political or sociological, with biting acuity.

Martyr Loser King is the first Saul Williams album for five years, following a stint playing Tupac Shakur on Broadway among other things, and probably his most consistent and considered to date. From the moment he lays the groundwork with the tense, brooding opening of, er, ‘Groundwork’, you feel like you’re in safe but determined hands. Whereas previous albums have occasionally felt a little rickety or unbalanced, you’re immediately reassured that Martyr Loser King won’t collapse under any weight of expectation.

The opener contrasts nicely with the sparseness of ‘Horn of the Clock-Bike’, which sees Williams’ verse layered over a sprightly piano ostinato. The cadences on tracks like this and the equally impressive ‘The Noise Came From Here’, with their mixture of singing and spoken word, frequently call to mind relative newcomers like Edinburgh’s Young Fathers. Yet whereas YF’s gung-ho attitude can sometimes feel a bit exhausting, Williams’ measured approach is a little less theatrical and the production a little less layered, giving the tracks more space to breathe.

Which is not to say the music lacks thrust. Indeed, producer Justin Warfield ensures the bass and breaks on the likes of ‘Think Like They Book Say’ manage to keep pace with the verbal propulsion. Williams’ vocals here have the gunfire pummel of a ragga MC, while the rhythm, punctuated by an underpinning woodblock, whips itself up before suddenly cutting out just as it becomes too chaotic. As on the several tracks that clock in under two minutes, you sense a disciplined determination not to overindulge.

Not to say Williams and Warfield never miss the mark. ‘Roach Eggs’ drags a bit, and ‘The Bear / Coltan as Cotton’ feels like it should be anthemic, but the singing struggles to reach an effective peak and gets no help from some unfocused production.

Luckily it’s followed by the album’s high point, the stunning single ‘Burundi’ (featuring Warpaint’s Emily Kokal on backing vocals). In a dark display of kismet, the original release coincided with furious civil unrest in Burundi itself following President Pierre Nkurunziza’s unconstitutional decision to run for a third term. At the time Williams hoped the song could provide the “fuel [needed] to overcome over-militarized police & power hungry politicians”, and while that might seem a little optimistic (though in keeping with Saul Williams’ oft-reiterated belief in the power of art to effect change), the track’s dramatic string motif and strident drums certainly get your blood up.

With its uncompromising take-down of both religious zealousness and exploitative mineral mining, it’s also one of the album’s most lyrically powerful tracks; although ‘Ashes’ almost matches that burning middle-finger fury with its pointed repetition of ‘they make a killing’ in reference to the police.

The brilliantly titled ‘All Coltrane Solos at Once’ doesn’t mess about either, with Williams demanding “fuck you, understand me” before launching into his own poetry solo, furiously spitting about being “crowded into the shitbins of a floating toilet / Dreaming of an afterlife / Memory stored in a cloud / Terra-bytes in sea-major.”

The more hi-octane moments  on Martyr Loser King are often followed by more reflective ones. ‘No Different’ finds Williams in philosophical mood, imploring us not to give up on each other even when he/they/me/you are at our most arrogant and selfish. The change of pace works especially well in the music, with a minimal synth progression brought to life by some soulful vocals resembling early TV On The Radio. For once, Williams’ lyrical potency finds itself matched by the expressive possibilities of wordless vocalisation.

During a recent interview in Canada’s studio Q, Saul Williams expanded on the Martyr Loser King title by explaining that he looks at ‘losers’ as winners, in the sense that they’re people who don’t share the warped values of what constitutes as ‘winning’ for the mainstream (you just need to look at how often Donald Trump uses the word ‘loser’ to understand what he means). He also confirmed there was no patriarchal pun intended with the use of ‘King’, beyond its figurative significance.

In a separate interview he went further, positing that success, financially at least, often required a lowest common denominator approach, referencing the Jay Z lyric “I dumbed down my lyrics and doubled my sales.” With Martyr Loser King, Saul Williams hasn’t bothered staking claims for the benefit of those watching the throne, but emphasised that in the real world it’s the so-called losers – not just culturally but the likes of Manning, Snowden, etc. – who we really need to listen to. 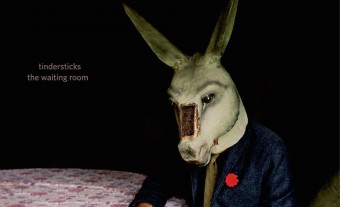