It’s fair to say that Simple Things was our favourite multi-venue event of 2014; having one of the sharpest line-ups in one of the best cities with a great crowd made for a cracking day and night. With Beacons no longer operating as a traditional festival, it really is left to Simple Things to take the crown as the best alternative festival in England, and its 2015 line-up isn’t pulling any punches…

One-time post-punk hot ticket Savages are also making a co-headline reappearance. It’s been two years since Silence Yourself came out to largely favourable reviews, and I had to return to it to see if all that hype had been worth it. Thankfully it still lives up to the band’s initial promise (and is noticeably well crafted) – let’s see what album number two has in store in October…

On the live tip The Soft Moon, an on-form reformed HEALTH and Vessels should be receiving your love. And this wouldn’t really be a complete Simple Things article unless we made sure everyone was fully aware that Oliver Wilde should really be on their radar by now.

Two names that stick out from the DJ list are the Berlin-based Objekt and NTS host Moxie. In other news, be expecting lots of techno.

Tickets for Simple Things are still only around £30, so if you’re free on October 24 and you can get to Bristol, invest HERE. 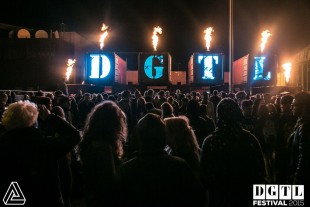