As festival season dawns on us, the true harbinger of summer – Latitude – looks like it could be one of the real gems of the season, with some high quality headliners and diverse acts and stages. 2015 will see the festival celebrating its 10 year anniversary and there’s lots to get excited about already, even if you’ll have to wait ’til mid-July…

A rare chance to catch Portishead provides the pick of the headliners, and the rest of the bill includes Monitors favourites like Caribou, Wild Beasts, Jon Hopkins, Django Django and Omar Souleyman, as well as some heavy hitters such as Noel Gallagher, The Manics and Badly Drawn Boy (performing Hour of Bewilderbeast no less!).

However, the music is only a small part of the enjoyment.

With a wide and fine range of comedy (Alan Davies, John Richardson and Jason Manford leading the way), to a variety of film, theatre and dance performances, meaning there will literally be something for everyone. And if even that isn’t your thing, then away from the stages the festival offers swimming in the site’s lakes for the first time and hot tubs for festival-goers to soak up the atmosphere in.

The Monitors were lucky enough to cover the festival a couple of years ago, and can’t recommend it highly enough as it grows from strength to strength. See the links below for the lowdown on 2013’s antics:

Latitude 2015 takes place from Thursday 16th to Sunday 19th July at Henham Park in Southwold, Suffolk, and tickets are available to buy now.

The Monitors get primed for Primavera Sound... 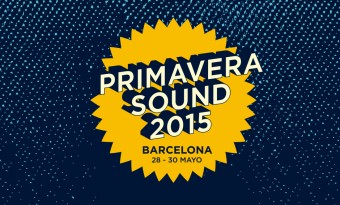 Last year's Primavera was so good that our reviewer moved to Barcelona shortly afterwards. So what does this year's festival have in store for attendees? We highlight the highlights...
Read More