Are you sitting comfortably? Good, because things are about to get uncomfortable.

I’m not exactly sure who is behind the elusive record label that is Unknown To The Unknown (UTTU for short), but one thing that I can be certain of is that the people behind the imprint are stark raving bonkers.

My hunch was proven correct when I saw the music video for the latest release on UTTU, which is entitled ‘Angry Frogs’ and comes courtesy of the combined efforts of P.O.L. Style, Vin Sol and Matrixxman.

Don’t let the name fool you, even though frogs do feature in the video, as the visuals mainly rely on a recurring kaleidoscopic theme of teeth, toothbrushes and other dental miscellany. Somehow though, all of this weirdness is strangely hypnotic and it makes me feel warm inside.

The track accompanying the wacky video isn’t half bad either, as it bleeps and blinks along with a driving kick drum and frantic claps.

The ‘Angry Frogs’ EP is out now on Unknown To The Unknown. Subscribe to their YouTube channel for more visual stimulation along the lines of the video above. 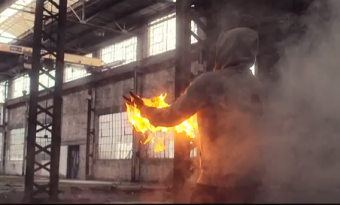 Smooth London duo Equals present a video so slick it could be spurting out of a ruptured oil tanker...
Read More