The curtains slowly parting at the beginning of the new music video from Indiana (the singer, not the midwestern state) might not seem particularly suggestive. And the title of the song, ‘Solo Dancing’, might not appear to be either. But during this Rob + Rob-directed clip it soon becomes clear that the dance in question is the horizontal tango, or one of its many variations (mattress mambo, pants-off polka, ballbag ballet… you get the idea). Except without a dance partner. Yes, it’s about wanking.

Seriously, the whole thing appears to be about buffing the bonnet, as Indiana runs through a whole gamut of filthy metaphors, to a soundtrack of sultry, pulsating electro-pop. Dials are twiddled, bishops are bashed (or at least moved to B3), and a whole variety of beans are flicked – even, at one point, Mr. Bean himself.

In fact, the only reason I say “appears to be” is because some of the winks and nudges are so subtle even my gutter-dwelling brain can’t decipher them. Teaching maths to a pug, anyone? Screaming at a jar of pickles? Painting the number 3 on a miniature easel? Seriously, if any of these makes sense to you, please let me know. It’s driving me mad.

Whether you find yourself rewinding to find all the references or just listen to the song again, there’s plenty here to keep you entertained. And a fun fact for you all: the clown being punched (another one that went over my head) is actually played by Amer Chadha Patel, a music video director of some repute himself. Perhaps there is some sort of masturbatory euphemism specific to him wearing a Tam o’ Shanter? We can only wonder. 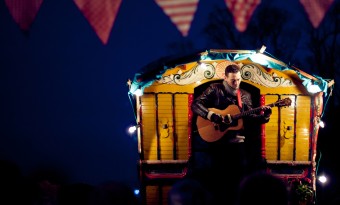