Fortunately, no one’s likely to be taking the piss out of Sega Bodega anytime soon. His second EP, Song Dynasty, was released this week to considerable acclaim, and this tasty video for ‘Security’ is only likely to boost his growing reputation. His tour VJ, Adoxo, has assembled some great mercury-mimicking graphics to form fluid images that morph and transform, into faces at the beginning and into a fish at the end. The best bit is around 1.40 when the warped nostrils and mouth start to resemble a monster from The Nightmare Before Christmas [/seasonal].

The overall effect is a kinetic awakening of all the old rave flyers that decorated my sister’s bedroom in the early ’90s. The track meanwhile is a brilliantly complex update of T2’s garage classic ‘Heartbreaker’, which adds crisp beats, dainty piano and an EDM-style drop into the mix, making it the first EDM-influenced track that hasn’t made me want to improvise a pair of earplugs out of my own chopped-off foreskin. One thing’s for sure, with sonics like these (geddit!), Mr. Bodega will clearly never be termed, as the Italians say, a pile of Sega. 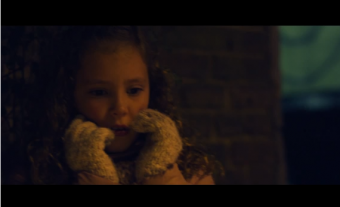 Connelly's langourous love song is juxtaposed with a shocking video about the cannibalistic possibilities of drug abuse...
Read More