As rock and roll animals go, sheep don’t tend to get many props. There’s no The Jesus Sheep, Grizzly Sheep or Three Trapped Sheep* (more’s the pity), while we doubt Tav Falco would be seen dead fronting Sheep Burns. Did Bob Marley aspire to be iron like a sheep in Zion? Did the Steve Miller Band encourage you to fly like a sheep? No. Let’s face it, sheep just ain’t that cool.

That’s the accepted wisdom at least, but Mancunian three-piece Mazes just aren’t having it. In the black and white video for ‘Notes Between F & E’, they take us on a trip to a sheep auction, where herds of Lonks, Zwartbles and Bluefaced Leicesters are paraded before a bunch of very serious-looking men. It’s a curious peek into an environment few city-dwellers will ever witness first hand, but even those staunch urbanites with literally zero interest in the world of sheep-hawking will still be entertained when the footage is sped up halfway through, and the beasts basically turn into schools of woolly fish.

The track is pretty good too (the guitar tone is particularly delicious) as anyone who heard it at the band’s gig with Fair Ohs and Cheatahs at Birthdays last night can attest to. Didn’t make it? Well I guess you must be feeling pretty SHEEPISH right now…**

*Sheep on Drugs are, of course, an honourable exception.

**To make up for that awful pun, please accept this classic sheep-related comedy clip. 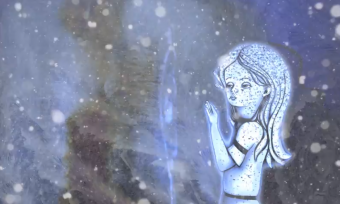