Day two, and NY’s Samara Lubelski, a long time collaborator of Jackie O Motherfucker and Thurston Moore among others. Unfortunately her finger-picking electric guitar work and hushed vocals fail to satisfy, with her songs seeming one-paced and one-dimensional with nothing really grabbing the attention of the crowd. Things get slightly more interesting when she’s joined by Oneida’s Bobby Matador on organ but sadly it’s not enough – my eyes feel dreary and crusty and it’s not because of the lack of sleep.

I decide I’ve had enough and sneak upstairs to catch Ex Models ft. Kid Millions and WOAH NELLY, I’m glad I did. Now this is how to start the day! They blow the cobwebs away with their extreme brand of post-hardcore, joining in on the ‘play your album’ act by performing their 3rd album, Chrome Panthers. They sound absolutely brutal as they pound away with the repetitive guitars and drums of ‘That’s Funny I Don’t Feel Like A Shithead’. It seems to go on for a good 20 minutes but I wish it would go on for another 60. In fact I wish I could take back the time I saw watching Samara Lubelski and replace it with this, but I can’t because no one has invented a flux capacitor. And even if I had a time machine, it would not change the programming schedule. I digress. They slayed. The crowd moshed. And the rhythms became evermore primal and furious. I look to my right and even see Bradford Cox wigging out. What a guy!

I decide it’s time for a chalet break and prep for Avey Tare’s Slasher Flicks. You might know Avey Tare from critically acclaimed music acts such as Animal Collective and Kria Brekken. Here he’s joined by Angel Deradoorian (Dirty Projectors, Deradoorian fame) and Ponytail’s fantastic drummer, Jeremy Hyman. The set was highly enjoyable. Imagine Animal Collective circa Strawberry Jam and Feels but with more drive and dramatic effect. I hope there’s an album in the works as the songs had enough structure and song-writing prowess to merit committing to tape.

However, for a musician as talented as Angel is, she is criminally underused here and seemed to offer nothing but minimal backing vocals and moody synths. Here’s hoping she’s given more freedom in future. Also, it should be said that the sound throughout the weekend was excellent on both stages. Never did you feel you were missing anything vital (perhaps Lockett Pundt’s vocals occasionally but I think that’s more just the way he sings). Good work sound people. 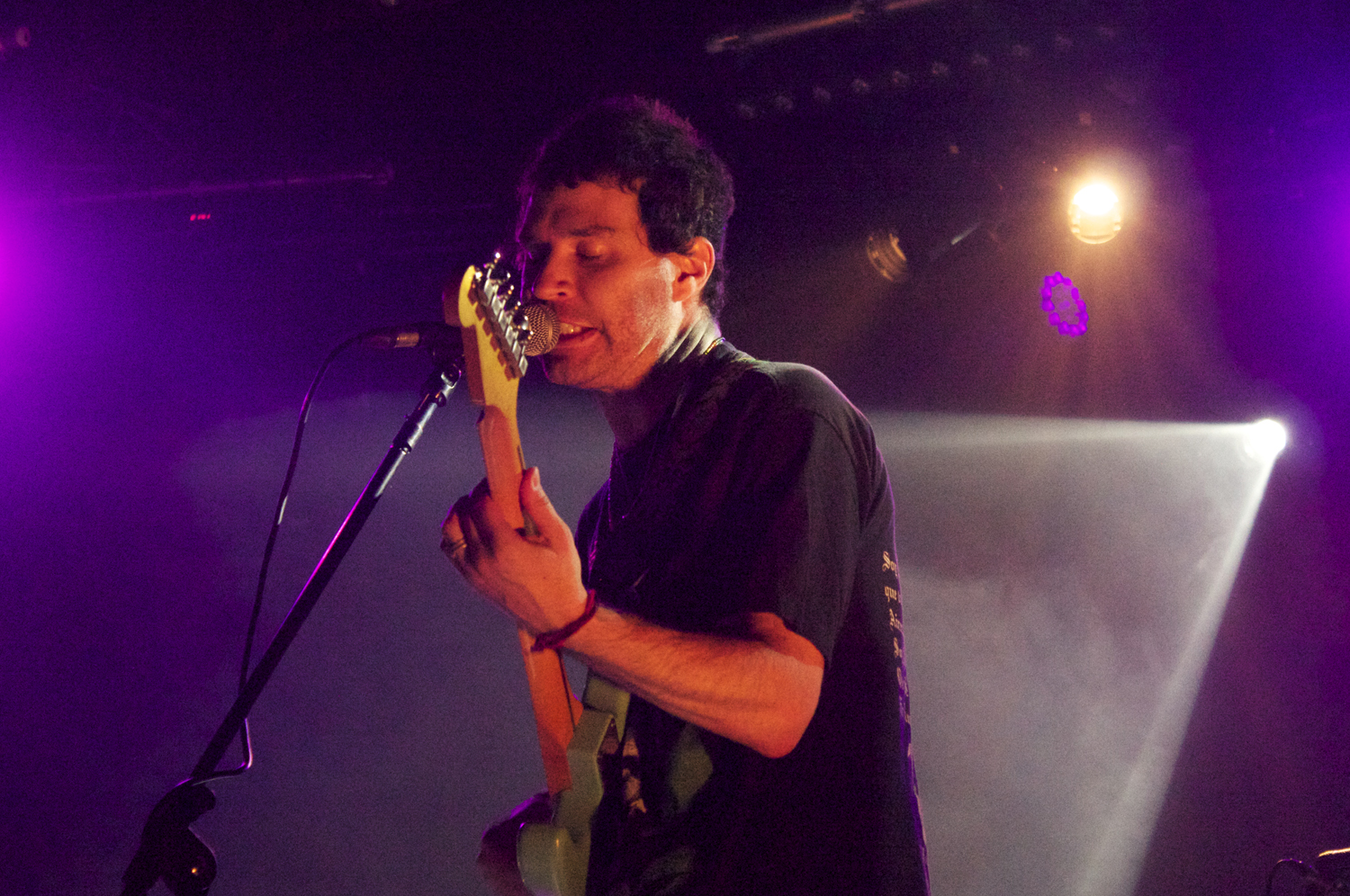 OK, enough brown nosing. Next up it’s Black Lips and Kim Gordon. Firstly, you’ll all be glad to know that Black Lips lived up to their reputation and provided a set list which oozed utter douchebag-ness. Sorry, but ATP should have upheld their ban on these guys regardless of how close they are to the curators. I thought I could tolerate their set and gave it a chance. The new song they played sounded “alright, I guess” in a bluesy rock kind of way, but there is something fundamentally dislikeable about them. And it’s not because they broke into fan’s chalets at their last ATP and stole shit. Hey, they’re my feelings okay. I’m entitled to have feelings.

On to Kim Gordon. Jesus H. Christ. What a load of old tripe. Now don’t get me wrong, I love experimental avant-garde music as much as the next chin-stroking bearded ATP soap-dodger. However, I cannot love a set where it seems as if she is going through a mental breakdown alongside a random Japanese drummer playing without any technique, method, timing or structure, together proceeding to butcher everything I know and love about music. I should add that it seemed everyone who enjoyed this set was partial to a bit of chemical assistance. Maybe my mistake was not joining them. Well if that’s the case, you can all do one – with my sincerest regards. Hey Kim. He left you for a younger woman. Get over it. 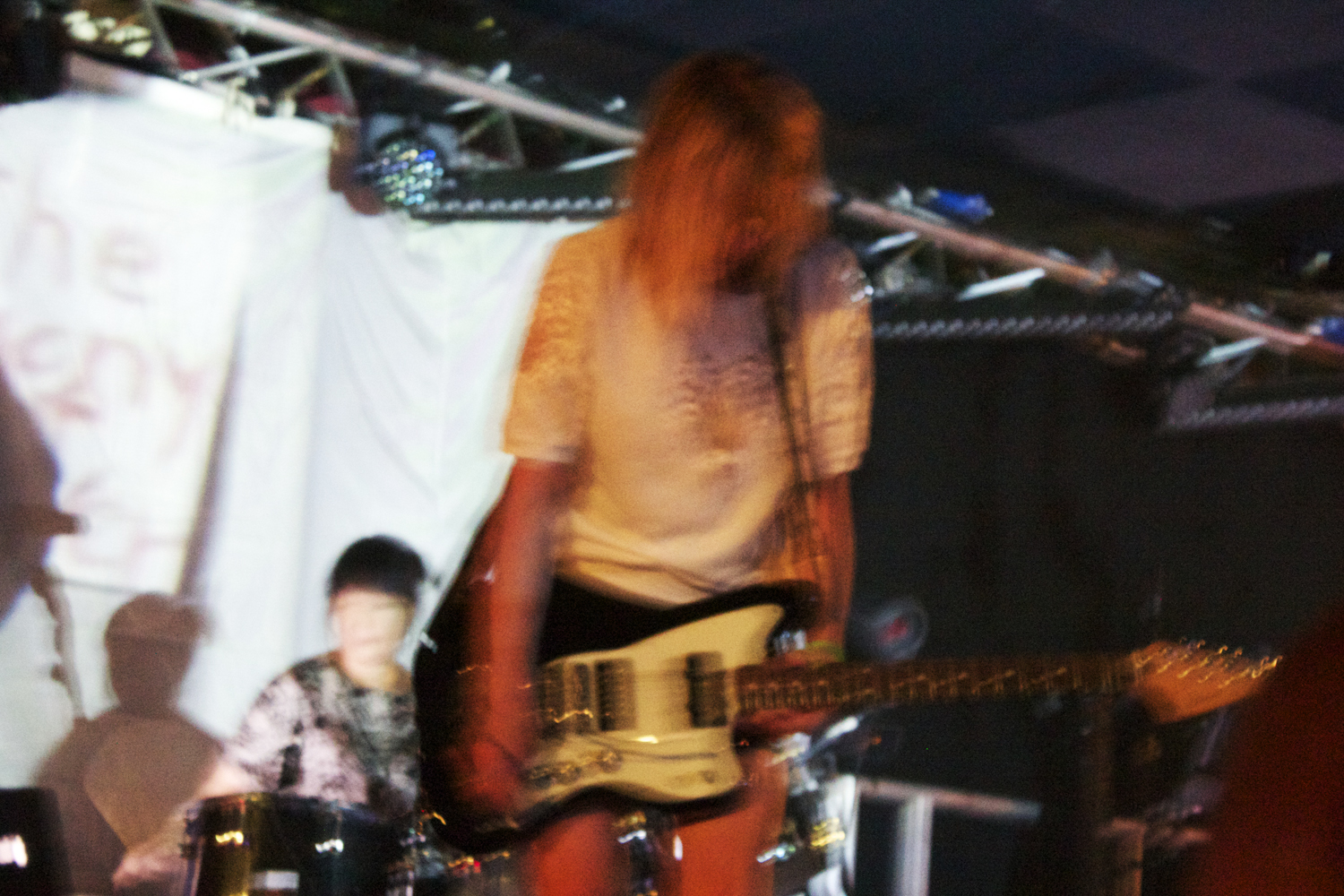 OK, I feel better now. After that I decided I’d had enough mental anguish thrust upon me, and needed to recharge my batteries. Literally, the camera battery needed to be re-charged. I made it back in time for Panda Bear, but as I stand excitedly in the front row for him to take to the stage I start to regret getting so close, as I’m surrounded by what must be the biggest prepubescent Panda Bear fan club outside North America. They’re all ‘super-stoked’ and ‘totes excited’ for Noah (they use his first name too, obviously) to play all his hits. All the classic fan favourites, like ‘Last Night at the Getty’. I wasn’t quite sure how that song went again but thankfully the girl next to me was on hand to sing the opening bass intro to the song. Astonishing.

After what seems an eternity, Noah finally takes to the stage. The screams are deafening. He takes the mic and matter-of-factly states, “I’m playing all new songs tonight… so if that isn’t your thing….”. I could feel the collective slump around me. Amazing. One girl in the party next to me even leaves in disgust. Not sure why really; Animal Collective and their various off-shoots have always been uncompromising in their methods. Hell, the last time I saw Panda Bear, after Person Pitch, he played all the new songs from Tomboy which no one had heard (and which sounded fantastic). Anyway, she shouldn’t have left: the new songs he played were all INCREDIBLE.

I can’t stress how mind blowing his set was. The new songs took this project to another level and surpassed everything I’ve heard before. The range of beats were fresh, memorable, and all instantly lovable, and you knew there would be enough layers on top to make you come back for more. I’m not joking, he was really f*cking amazing and would’ve have been my highlight of the weekend – but that came later… 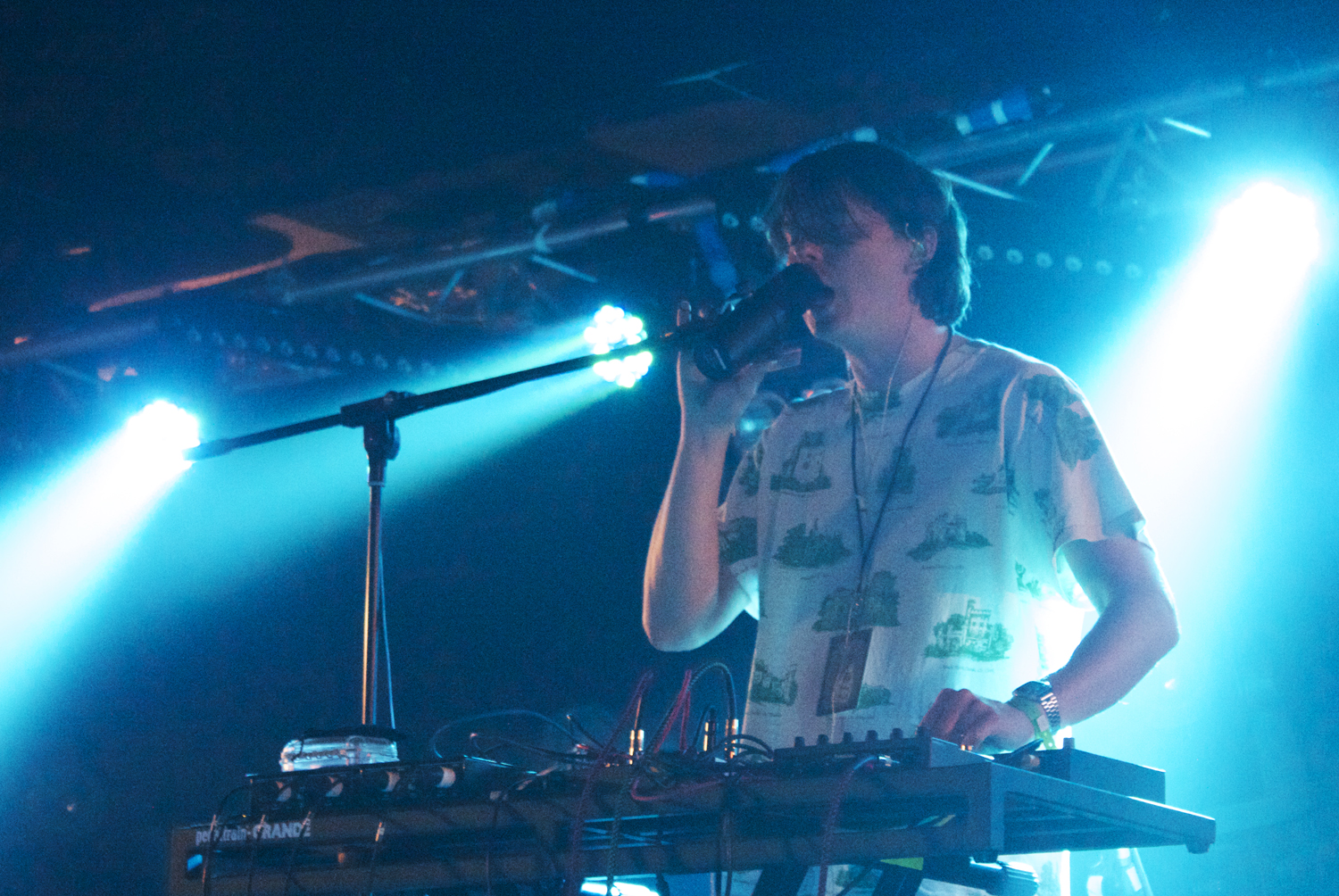 Alongside Panda Bear’s set as ‘nearly the highlight of the entire weekend’ was the 2nd Deerhunter performance. Microcastle. Wow. Will probably go down as the best Deerhunter album, and definitely holds a ‘deer’ place in my heart. Ha ha. Did you see what I…[you’re fired – Ed.]. It’s simply an astonishing body of work. From the soaring opener of ‘Cover Me’ and the whimsical ‘Agoraphobia’, to the bass led anthems of ‘It Never Stops’ and ‘Nothing Ever Happened’ (big shout out to ex-bassist Josh Fauver who wasn’t there this weekend), the crowd go absolutely crazy.

There are a few technical hitches. The start of ‘Nothing Ever Happened’ is halted due to an amp issue and the start is delayed due to an effects pedal problem (an item which Cox disregards to throw into the crowd for a lucky punter to keep as a souvenir). During the encore, the band treat us to EP tracks, something which made the whole weekend feel definitive. During the extended version of ‘Vox Celeste’, the band even take turns to crowd surf, Bradford encouraging each member to follow suit – Lockett looks incredibly uncomfortable but new bassist Josh McKay jumps headfirst into the sweat-bath. Amazingly he still has the energy to join his other outfit – The B-53’s – right after this set. Boy, he must’ve been exhausted…

All in all, it would’ve been the perfect way to end Saturday night. However, luckily for us the evening’s not quite over. As people stream back to their chalets for an evening of alcohol and drug-fuelled fun, a congregation begins to gather downstairs. The B-53s. After a day of some pretty intense and serious acts (Hi Kim, Hi Samara) it was light relief that we could end it on something rather (whisper it) fun. Sure, a B-52s cover band might not be every one’s cup of organic chai but sometimes it’s nice to let loose and dance.

And boy did they deliver. All your favourites from ‘Rock Lobster’ to ‘Private Idaho’ and a storming rendition of ‘Love Shack’. Josh McKay looks, shockingly, fresh as a daisy as he takes on the role of lead guitarist Ricky Wilson, while the absurdly tall lead singer takes Fred Schneider to a new level of camp, striking a superhero pose and holding his hips as if he was dancing the twist. It was glorious. It was exhilarating. It was the perfect set to close the Saturday night at ATP. Good times had by all! 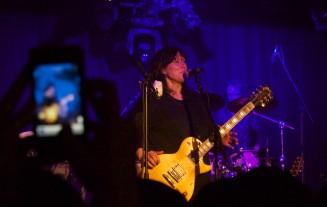 A review of what may have been the final ever summer camp for ATP (curated by Deerhunter). Amadeep Chana manages to wipe away the tears long enough to review it...
Read More