As the final summer holiday camp festival for renowned promoters All Tomorrow’s Parties hits us, it dawns on the revellers at Camber Sands that this will probably be the last of a kind, so it’s probably a good idea to savour it as much as possible. There is still the final ever festival in November, and I’ve also been told there will be exciting developments for ATP and that it will definitely not be the end of festival-type events; a great relief since there are no better festival experiences around (something which really showed in the appreciation from all artists on the bill towards main ATP big cheeses, Barry, Deborah and Shaun, all of whom were reluctantly dragged on stage by Bradford Cox on the final evening).

The choice of curator couldn’t have been more apt given their history, with ATP dating back to 2007 when Deerhunter were beginning to find their feet on European soil. Although the Atlanta band’s programme is a bit threadbare, the quality of the acts playing is outstanding and the amount of good-to-excellent performances will live long in the memory. 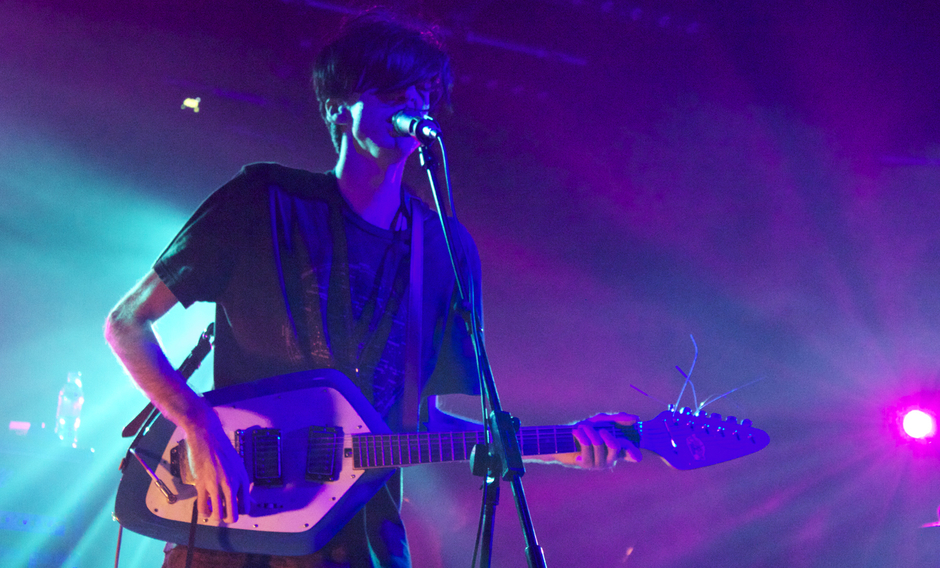 To kick things off on a somewhat low-key Friday, what better way than to be treated to a set from Atlas Sound, AKA main curator Bradford Cox. Having seen him give various performances under the AS guise, I definitely didn’t expect him to be playing a wholly sampled set. Credit to him, he didn’t try to hide the fact that he had to rely on backing accompaniment, simply admitting he’d been “trying to learn 60 Deerhunter songs” and hadn’t had the time to focus as much on his solo efforts.

Such a shame, because the charm of this particular offering of Cox’s prolific repertoire is the way in which he constructs all the sounds from scratch, relying on loops and live samples, organically and in real time. The set was a change for more experienced AS fans, but one can’t help feel it seemed a lo-fi, token ‘karaoke’ set purely for the reason that Bradford was there and it saved the costs/time/effort in booking another act. Still, when you consider that Deerhunter were playing 3 stellar albums (plus EPs) back to back each night, you can sort of forgive him. ‘Sheila’ did sound particularly good though, drenched in reverb and 60s surf vibes. God I love that song. Also, credit to the girl who tried to start a mosh pit by her self.

Things pick up as The Breeders take to the stage. On the week that Kim Deal officially left The Pixies after playing their 20+ year old back catalogue around the world, she sets her sights to the future by, er… celebrating The Breeders’ ‘Last Splash’ album from start to finish to commemorate its 20th anniversary! Ahem. The band seem in good spirits, at ease and relaxed, and the crowd predictably go wild when Josephine Wiggs slaps the opening bass notes of ‘Cannonball’.

However, the downside to playing an album from start to finish is that, more often than not, the best songs appear earlier in the set, which means things peaked quite early and tailed off thereafter. They sail from the Pixies-esque ‘Invisible Man’ (which wouldn’t sound out of place on Trompe Le Monde, which is bizarre since it was the album Deal had the least input on) to ‘No Aloha’ and ‘Roi’, where Wiggs takes on drumming duties as she did on the original album. She even gets annoyed at Kim for a delay before a ‘Do You Love Me Now?’ – “Album speed… I thought we were playing this album at original speed” – which prompted a giggling fit. There are no real surprises (although Bradford Cox does join the band to lend backing vocals to ‘I Just Want to Get Along’) and the band did exactly what you’d expect – play the album in the order it was recorded with a harnessed intensity. Which is both a good and bad thing I guess. I’m not quite sure. 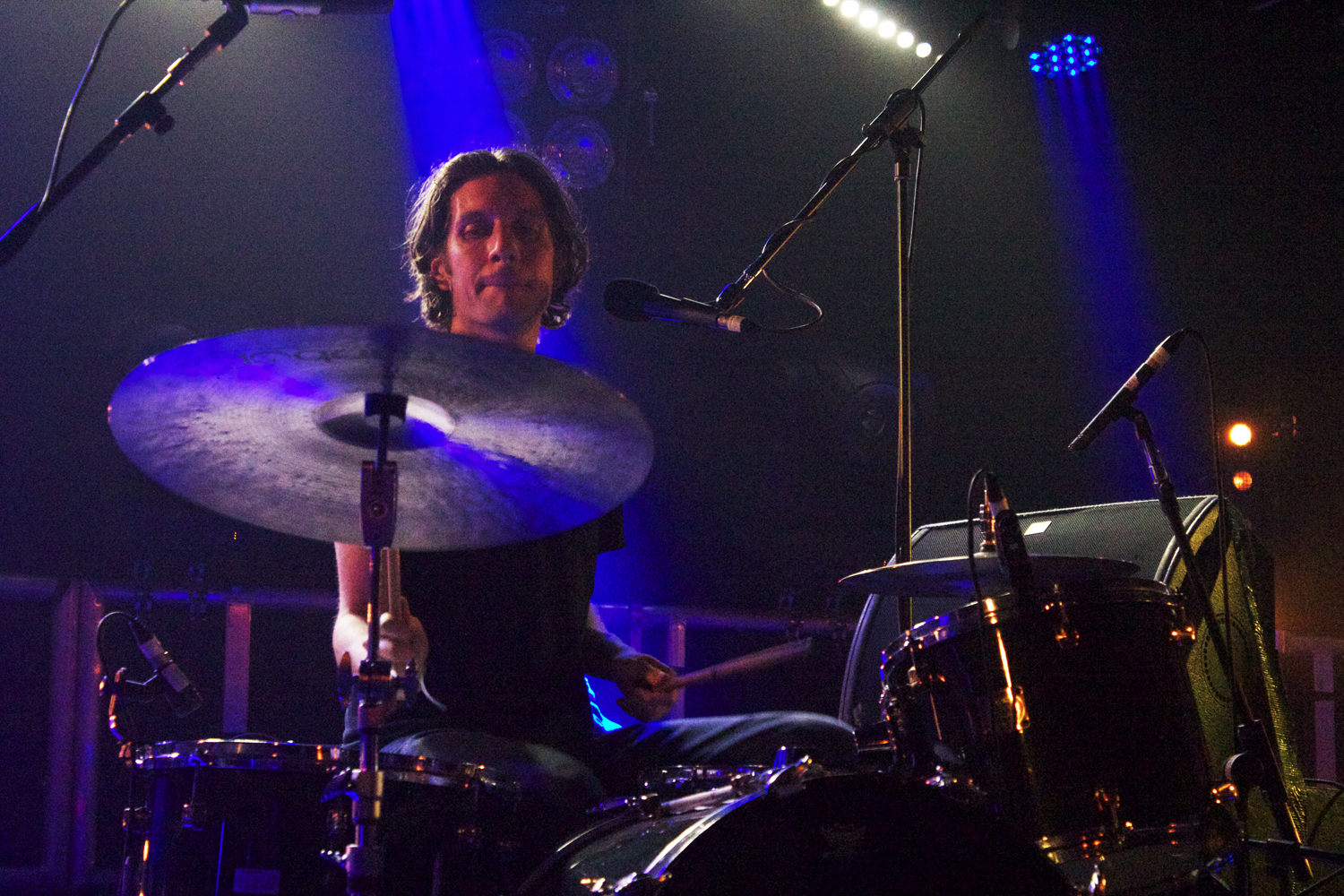 After that I hotfoot it downstairs for No Age, who I’ll confess to having never followed too closely. After their performance I can see that changing, as their live performance is a different beast all together, visceral and intense. Playing a number of new songs, the low end seems to be turned up to max. It’s moody and uncomfortable, disarming you before unleashing a torrent of aural abuse. When Dean Spunt takes over on drumming duties and guitarist Randy Randall locked into the first rolling riffs, the dance floor liquefied. It’s a massive sound that transcends genre archetypes. Unlike Nirvana or the Pixies, who perfected songs that followed tension/release loud-soft-loud patterns, No Age’s strategy was loud-louder-loudest-MUTHA-LOUD! 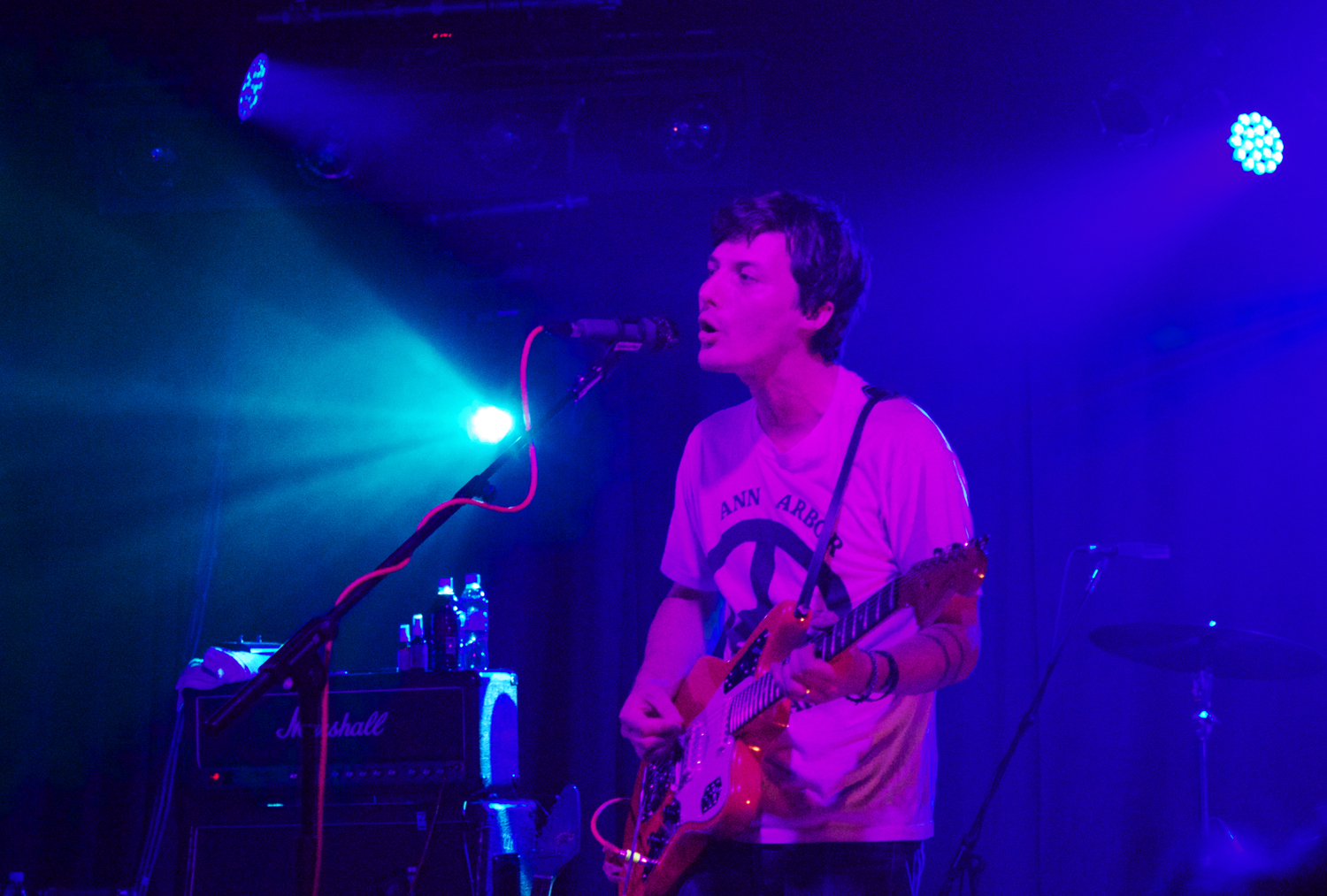 And so to Deerhunter, who provided the cherry on the proverbial cake. And what a cherry. It’s the first night of their album playbacks and tonight it’s 2007’s Cryptograms in its entirety. The album is a solid body of work, and the performance oozes the confidence of a band in full flow 6 years after its initial release, as they glide through songs such as ‘Lake Somerset’ and ‘Octet’. However the true highlight occurs towards the end of the set when they drop the orgasmic triplet of ‘Spring Hall Convert’, ‘Strange Lights’ and ‘Hazel St’.

Propelled by the bass, lead guitarist Lockett Pundt delicately layers his guitars on top as Moses Archuleta ties it all together with his steady and tight drumming patterns. The songs sound joyous and positive but there’s enough going on for it to remain interesting and varied. Something I realized was that although they were effectively going through their entire back catalogue (minus their strangely overlooked – and terribly titled – debut album ‘Turn It Up, Faggot’) the music never seemed at all derivative or samey. Credit to them for that. 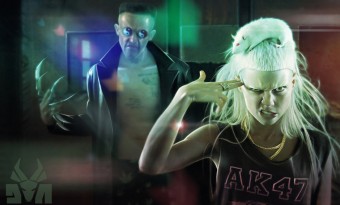 Ninja and Yolandi Vi$$er manage to fill the Academy with devoted fans, but is their stage show big enough to get Brixton truly bouncing?
Read More