The source of this raucous line of questioning is the band’s recent single (no prizes for guessing what it’s called). Starting with some frantic electronic gurgling, it soon starts bouncing with the grinning aggression of a bunch of feral kids booting a fat bastard off a bridge. Worst of all, it makes you want to do the same. Seriously, this song should be locked up. The bassline stays within a sneering three semitone range right up until the closing crescendo, when it scampers up the stairs and escapes out the skylight. It’s marvellously mental.

There’s not a huge amount of information out there about them, as virtually everything online just seems to be a regurgitation of the press release. So to get that over with, Mickey Gloss originate from the east coast of Australia and came to London in the middle of 2011’s riots, which they sampled at street level for the single. Aside from that, details are scant. There’s an interview from 2010 where frontman Daniel offers a torrent of political discourse (no surprise they’ve been playing with Marx lovers Fat White Family then, creators of our Album of the Year (so far) lest you forget), while a comment below this incredibly concise Everett True review alludes to a CD released in Australia four years ago. Unfortunately, we couldn’t find any trace of it on Discogs, Amazon or eBay, although the ‘related items’ on the latter site consisted almost entirely of copies of 18 Til I Die by Bryan Adams. Is there a link? We should be told.

Aside from that, all we have are the other three tracks currently available on their Bandcamp. ‘Crocodile Smile’, the lead track from a flexidisc released last year, is a song that spurts from the same severed vein that The Wytches have been squeezing dry recently. Starting off like The Cramps with a stomach ache, it explodes into a furious crescendo towards the end. Brutal.

‘Lil White Lies’ is another thumping romper. “I want to play in the garbage / So I can eat dirt” is the lyrical demand, and damned if you don’t immediately find yourself wanting to do likewise. Like all their songs, it sounds like it’s as much fun to play as it is to listen to, although the maniacal laughter halfway through is definitely of an evil rather than giddy bent. There’s a definite Eighties Matchbox B-Line Disaster vibe, and a touch of (Screaming Lord) Sutch too.

Then there’s ‘Run!!!’, the b-side to ‘Are You Happy?’, which is actually pretty dreamy in comparison despite the frenetic pace and smashing ride and hi-hat work. The keyboards keep things swooning, although the vocals are as deranged as ever, desperately imploring: “People of the city, run as fast as you can!”. It’d make for one hell of a fitness video, that’s for sure. Their Soundcloud also contains a rollicking jaunt called ‘Celebrate’ too, and is a fitting excuse to do so.

The Mickey Gloss Facebook page sees them described as both “sophisticated man rock” and “a psychedelic/punk party experiment” (we’d plump for the latter), while insisting that “when you watch this band you let your freak flag fly!!!!”. Having spent the day listening to them on repeat, we’re certainly at full mast (ahem). And in answer to their initial question? For the 2 minutes and 32 seconds that their recent single runs for, it’s an unreserved yes. 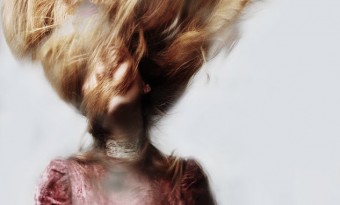 From the Norwegian mountains to the streets of London, Farao is keeping even the weariest of souls wide awake...
Read More