If you’re living in Montreal and dreading the impending tundra waiting to blanket our small metropolis, POP Montreal this week is a reminder that festival season isn’t quite over. Running until September 17th, POP once again takes over the city, and the annual not-for-profit festival for the independent arts community is turning 16.

POP is great for the cash-strapped looking for budding talent. With an emphasis on promoting emerging and developing talent, it’s easy to plan your schedule around exclusively free programming. Conveniently, this year’s POP Montreal also coincides with the city’s 375th anniversary, and they’re celebrating with Saturday getting a pretty serious day of free programming. Enough praise though, these are five curiosities that I’d recommend checking out this year.

In an odd marriage pitting the confrontational Spanish lyrics of Chris Vargas over Tobias Rochman’s take on hardware heavy acid-techno, Pelada have made unlikely allies of two very different worlds. Nurtured in Montréal’s after-hours scene, they’ve built a unique blend of punk and electronic body music. They’re playing a free BBQ to kick off the festival alongside Wake Island.

As POP Montreal isn’t just a place for new and emerging artists, but also a place for pioneers of avant-garde composition, it would be remiss not to include William Basinski in my list of must-see performances. Faced with the impossibility of trying to say something new about the minimalist legend in the space I have here, it would be more importance to note that POP will be hosting two Basinski appearances. The first, which is free at the POP Box, has him in conversation with Montreal-based artist and composer Erin Gee to discuss his practice, techniques, and the inspiration behind his works.

Performing as Un Blonde, Jean-Sebastien Audet has created small and soulful wonders that seem to drift past effervescently. His last album, Good Will Come To You, sees Audet balancing his virtuosic guitar against field recordings and sparse electric leads with a powerful restraint that really lets his vocal harmonies soar.

Montreal DIY avant-garde superstar Jef Ellise Barbara is back after a self-imposed hiatus with a new project comprised entirely of musicians of African descent called ‘J. Ellise Barbara’s Black Space’. Challenging herself to confront her own identity as a trans, feminine, person of colour, Barbara’s Black Space is about making a place where we/she can celebrate her blackness and the blackness in others.

Special mentions and other shows I’m looking forward to:

POP Montreal takes place all around the city of Montreal, Canada, from 13th-17th September. For more information visit the official POP Montreal website.

The Necks head for new heights during Cafe Oto residency 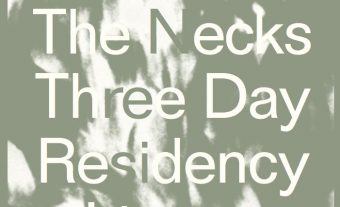 After a record-breaking bank holiday heatwave, The Necks manage to counteract a roasting Cafe Oto with a sublime performance, as part of their latest residency...
Read More