London. A sprawling, confusing mess that’s home to every flavour of humanity. Yet while Samuel Johnson may have famously opined that “there is in London all that life can afford”, many Londoners are increasingly finding their lives somewhat less than affordable. As luxury developments and unfettered gentrification sweep across the capital, the city feels like it’s approaching a significant tipping point.

Yet while London has always had its problems, there’s also plenty about it that’s still worth celebrating. For one, the city has always been a hotbed of creativity – especially when it comes to music. From Bowie to Burial, Winehouse to Wiley, London has provided an almost incomparably fertile environment for musicians of every stripe.

In our ‘Up in (the) Smoke’ series we ask some of London’s newest artists about their relationship with the capital. Our latest guests are LE SON, aka Liam Fergus and Emily Ady, whose spacious, glimmering trip-hop productions have found a suitable home on South East London label/collective squareglass. Indeed, the capital bore a direct influence on the duo’s sumptuous recent single ‘Ava’, the lyrics of which came to Ady as she was “commuting into central London and catching glimpses of news headlines and overheard conversations”.

Hit play on ‘Ava’ below then read on for LE SON’s guide to London, from its impact on their music to the location of fish & chips so good they’re worth fighting for…

Where you were born?

Emily Ady: I was originally born in Ashford but I moved to the Valleys in Wales when I was 2. Lived there until I was 7/8 and then my family moved to just outside Cardiﬀ, a little village called Llantrisant. I now live in Peckham after moving to London for University.

LF: I grew up in Stratford and back then it was pretty low-key. Since The Olympics and all the developments that came along with that it’s changed drastically. I remember being sat entirely underwhelmed at school in front of a wheeled in tv when the announcement happened in 2005, but it’s been really cool watching everything pop up around me since. It’s still a bit surreal watching masses of people descend on Stratford, and the way the area is now seen as a bit more upmarket in places. Like a lot of London now you have the crazy contrast of the luxury high rise apartments and the old school estate blocks.

EA: The Valleys was rough. But still got some lovely memories from living there. Now, the Valleys and Llantrisant are no diﬀerent. I go home and it’s almost stuck in time. Llantrisant is nice to go home to visit my family but I am so in love with London, my new home.

Best and worst thing about where you live:

LF: I can walk to Westﬁeld, which is far more convenient than a trip to Oxford St. Although I do run the risk of bumping into old school ‘friends’ I’d rather not.

EA: I love everything about Peckham. The quirky little places you stumble upon, the busy rooftop bars in the Summer and the music scene and general atmosphere on Rye Lane. Like most places, Peckham can get a little rough at times. And very rowdy.

Do you think the city has influenced your music?

LF: Most deﬁnitely – growing up in East London grime was a big deal, and all of the producers that I ﬁrst listened to with any interest/intent were of that genre: Flukes, Maniac, Dot Rotten, Rude Kid, Nocturnal. And in a more general sense I feel in London you’re easily exposed to a lot of music and there’s a lot of opportunities to create and meet other musicians. By virtue of living and going to school in London I was able to get involved in lots of educational projects and work alongside some top names in the industry as well as meeting great musicians my own age who are established themselves now.

EA: 100%. The city is the main inspiration in my music. Moving from a small village to the big city was a huge part of my life. It’s changed me as a person and developed my music and voice in ways I couldn’t imagine. The journeys to and from home in university is where I wrote most of my lyrics, many Megabus journeys were spent scribbling away. I also love looking at the city in other ways- architecture, the people around me and little hidden gems that you can stumble upon in unexpected locations across London.

What is the biggest issue facing London right now?

EA: Money. Deﬁnitely. London is brilliant but it’s all consuming of energy, time and money. Almost had to move home a few occasions due to the ‘M’ word.

LF: Brexit has the potential to fuck us all over, and I hope London particularly doesn’t change because I love the diversity.

Do you see yourself living in London in ten years time?

EA: I’d like to! Again, all depends on money. London is amazing, but yeah it’s totally all consuming and very stressful at times. But I’d love to build a space for myself that I can stay in up here in London for the years to come.

LF: Deﬁnitely – I’ve never known anywhere else as home, and London will always be home to me.

If you couldn’t live in London any more, where would you go?

LF: Another big European city, I love the buzz and having lots of things to see/explore and places to chill. Some where along the lines of Berlin/Amsterdam/Paris…even though I have 0 foreign language skills.

EA: If I didn’t live in London I’d deﬁnitely love to live somewhere like Berlin. The underground and electronic music scene there is always inspiring to hear about. I’ve also always wanted to learn Spanish so maybe Spain, Barcelona is also one of my favourite cities so maybe there.

LF: I love the intimacy of Ronnie Scott’s and I’ve seen a lot of my favourite artists there, including the best live gig I’ve ever been to – Chris Dave and the Drumhedz. However, I think the wine and dine crowd ruin it a bit – I overheard a guy complain about the quality of the hot chocolate recently.

EA: Favourite music venue in London is Servant Jazz Quarters in Dalston. Love how intimate it is and the sound there is always great. Although I love Rye Wax/Bussey Building (my local in Peckham) and Birthdays in Dalston too. My favourite place to go for a chill or a boogie though is most deﬁnitely Canavans, Peckham.

LF: Super Unison in Peckham – it’s where we rehearse more often than not.

EA: Favourite record shop is either Rye Wax or Greenwich Music & Video Exchange. Bought so many good records at both.

LF: The Royal Festival Hall and its accompanying buildings, nice places to chill and amazing views. Also the food market there is amazing.

EA: My favourite building in London is Bussey Building. Not a super iconic one, but I love the atmosphere surrounding it and inside the oﬃces and spaces are so beautiful. I spend a lot of my time there.

LF: The O2 is ugly as fuck. And cold. And it was the place everyone wanted to go when I was like 15 so it carries a lot of cringey memories.

EA: Least favourite building… bit of a cheat answer, but I hate that they are changing the Battersea Power Station. Leave it be. I love that building.

LF: The Saucy Kipper on Roman Road is the best chippy in East and I will ﬁght anyone who disagrees. Also shouts out to Cummin’ Up by New Cross Gate station (the £2.50 jerk fried rice was a dietary staple when I was at uni) and every single Turkish grill in Dalston.

EA: Favourite place to eat is Mr Bao in Peckham. Small, amazing food, lovely staﬀ, quite reasonable and Asian cuisine is my favourite.

Favourite place for a pint?

EA: Has to be The Royal Albert, Deptford. Plus they’re Jazz nights on Sundays are great.

LF: Not too fussed, as long as I’m with good company really.

Favourite place in London that no longer exists?

LF: The Newham Academy of Music. It still exists, but it moved some years ago from the old location on Hartley Road, where I ﬁrst learnt to play the piano. It was a really old style building with big basement spaces and big echoey corridors, full of character.

EA: Favourite place that no longer exists is Dance Tunnel in Dalston. So many good nights there. Discovered so many great DJs/music there.

Londoner you respect most, dead or alive?

LF: Can I have Thierry Henry as an honorary Londoner? [Without a doubt – Ed.]

If you were mayor for a day, what one change you would implement?

EA: If I were mayor, deﬁnitely do something about housing prices and student loans/tuition fees.

LF: Free travel, for the culture. 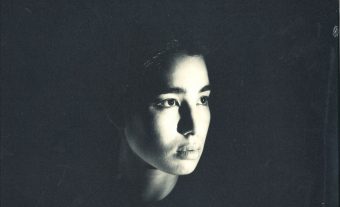 Enjoy a thorough run-down of June's best EPs, including the melancholic electronics of EOD and a stunning debut by Cologne's Josin...
Read More