I apologise that it has taken me a while to get this review written up. I know dear reader that you have been slavishly awaiting my thought’s on this latest release, but I have been delayed by many things. Chief amongst them the age-old problem of trying to write about an album that you genuinely love; i.e., the fear of disgustingly positive, gushing sycophancy.

Those that have visited this site regularly (yeah you) will know that I love Hey Colossus. Love them, and they have earned this love the hard way. Through endlessly changing and challenging my expectations of what they are as a band and by consistently releasing great records.

Be it the doom laden filth of Happy Birthday (2008), the lurching dissonant noise of Eurogrumble Vol1 (2010) or the jittery post-punk of Radio Static High (2015), the band have pushed themselves further and further, excavating and mining a shimmering pit of pure, unpredictable excellence.

With their newest release, The Guillotine, Hey Colossus have done it again, and cemented their position as one of the best bands around and, more importantly, have further won my coy affections. In my last review I called for them to be anointed saints, which may seem a bit strong, but fuck it, get them sainted and elevate them to the pedestals they deserve. In these dark social times there’s not enough room to piss about with vagaries. The Guillotine is quite simply another astonishing album from a band that just continues to impress.

Let’s not be boring and say that they are maturing with age or refining their sound, they are not a fine wine, it’s more than that. A continual evolution that with each step drops a golden nugget of unadulterated brilliance.

Easing the listener in with the western twang and gloomy clockwork intro of opener ‘Honest To God’ (a track that would fit nicely on 2015’s In Black And Gold), Hey Colossus slowly unveil The Guillotine‘s sharply honed focus on the lyrics of frontman Paul Sykes.

These lyrics clearly draw a parallel to the social strife and unrest which has been occurring globally.  On the pneumatic bass-led second track ‘Back In The Room’, Sykes bellows about ‘swapping insults toe to toe’ and a ‘new puritanical master’, clearly mirroring the strange state of affairs that have led to the Trump administration and also our own Tory/DUP shambles. Indeed, bassist Joe Thompson has stated in the press release that there was more of a concerted effort to focus on the lyrics this time round:

“Lyrically this is the strongest – it’s hard to not be affected by what’s going on in the world. Consequently the music gets more tightly wound around the vocals. If the lyrics were going to be more pointed I wanted the music to be more so also, so I spent time with some classics – (Fugazi’s) Repeater, (Fleetwood Mac’s) Rumours, This Heat’s records, and (Crass’) Penis Envy.”

The tension that Thompson mentions is instantly clear when listening to The Guillotine‘s eight tracks. Throughout the album the lyrics and instruments lock and interweave to create a sombre, reflective mood. The Guillotine‘s lyrics convey a bleak prescience that are filled with an unrest and visceral violence which echoes the terrible recent events we’ve seen in this country, with the devastatingly sad effects of terrorism and crippling social dysfunction being brought to mind with each listen.

The soft and elegiac ‘Calenture Boy’ is the most brazenly emotional and beautiful song Hey Colossus have ever written. With gentle backing vocals provided by Elisa Thompson, ‘Calenture Boy’ perfectly epitomises the mood of The Guillotine – wounded and angry: ‘How do you people put up with yourselves?’ sings Sykes. It’s Hey Colossus using the same brushes as before, but with a different palette of colours.

‘Experts Toll’ is an absolute banger and guaranteed to become a live favourite. In fact it went down a treat at the album’s recent launch show at London’s 100 Club. The trio of guitars from Robert Davis and brothers Tim and Roo Farthing give the track a powerful directness that sets it apart when compared to the intricate guitar weavings of the krautrock sound that predominated the last two Hey Colossus records.

Underlying the album is a dark, pastoral and slightly folky atmosphere and the sweeping ‘Potions’, with its piano intro and undergrowth-creep, slowly grows into a wave of resigned anger: ‘There’s always a dead end round here’.

Elsewhere the jittery ‘Englishman’ is the most literal lyrical swipe at narrow minded, little-Englander ‘brexit’ attitudes. It shows the humour that has always run through Hey Colossus’s music like streaker at Wimbledon, with the lyric ‘Cuts himself off to preserve his soul’ later changed to ‘cuts off his head to spite his arsehole’. Rhys Llewellyn’s sleek drumming invigorates the track and instils a sense of potent urgency.

The closing tracks ‘In A Collision’ and ‘The Guillotine’ round the album off in perfect style. The powerful, driving time signature shifts of ‘In A Collision’ merge with its saucy lyrical content, which features ‘completing crosswords dressed in bondage leather’ and giving ‘your cheeks a slap’, making sure the track bores a deep hole into your head that can subsequently be filled by the final track, from which the album takes its name.

The lyrical paranoia and fear coalesces on ‘The Guillotine’ with Sykes warning: ‘We’re gonna call the boys at Scotland Yard, and drive around this town in blackened out cars / Ain’t gonna catch us on the telephone, got neon bars fixed up on your home’. The track trails into a ghostly march as the closing repetition of the word ‘slaughterhouse’ echoes and cascades to the album’s final wilting moments.

So to finish off this unbridled and unashamed gush-fest, The Guillotine is a mighty achievement from a band that just keeps on getting better and better. Where they will go from here is anybody’s guess but one thing is for sure, it’ll be class. 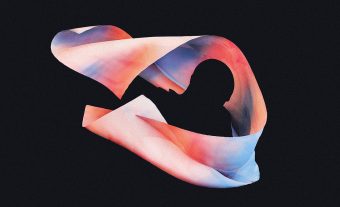 Belgian producer DC Salas reaches deep into his synthesizer toolbox to deliver a debut album that is genuinely strong and stable...
Read More