Once again we’re visiting Barcelona’s Parc del Fòrum to get involved in one of Europe’s biggest musical gatherings of the year. The seventeenth edition of Primavera Sound is taking place from 31 May to 4 June, although many concerts have been programmed all around the city since the beginning of May. Sort of foreseeing Frank Ocean’s cancellation, we went ahead and planned our top 5 acts so we don’t lose track once dancing at Primavera Bits, the festival’s new stage near the beach.

No Zu have been playing for longer than ten years, but we never got a chance to see them live before. Their self-declared ‘heat-beat’ genre mixes Afro funk, house, techno and no wave into a highly danceable blend. The Melbourne-based octet dropped Afterlife in February last year, followed by a Bonus Beat with the Estonian hazy disco diva Maria Minerva, ‘Ui Yia Uia’; which has been playing in the office quite often.

Davidson started her solo career after leaving the electronic music duo Essaie Pas back in 2013. Since then she dropped three acclaimed EPs, the latest being our favourite here at The-Monitors: “Brittle but heartfelt neocoldwave with, perversely, one eye firmly on the dancefloor. ‘Naive To the Bone’ – what a tune!”

Back in 2004 a nostalgic, synth-pop track was released that charmed half of the world’s population. Eight years later, Bas Bron aka Fatima Yamaha resurfaced to pick up where he left off; dropping a reissue of the anthem ‘What’s A Girl To Do’, bringing live shows to Dekmantel and Pitch festival, and finally returning to Dekmantel Records with his new EP Araya.

Hailing from Sweden’s Studio Barnhus group, Kovács’ goofy house style sounds like a lot of fun. While he’s been providing exhilarating live sessions all around the globe, his ‘Pantalón’ hit made us dance relentlessly on many occasions.

Forced to leave their country when jihadist fundamentalism took control of northern Mali in 2012, Songhoy Blues found themselves under the umbrella of Damon Albarn’s Africa Express project. While their earlier work was slightly reminiscent of Tinariwen, their upcoming sophomore album Résistance has a funkier and more positive vibe. Another Monitors favourite not to snooze on this year. 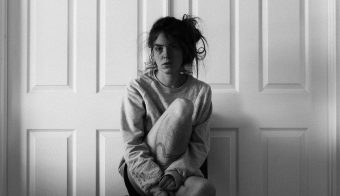 Emma Ruth Rundle proves she has a lot more than folky finger-picking in her audio tool-box, as she brings her restrained melancholia to The Lexington...
Read More