You know how in cartoon shows there’s always that moment where the idea finally clicks and a light bulb flickers on above the character’s head? That moment where it finally makes sense? Well I had one of those moments on Friday while I was at a music festival watching a set by Mac DeMarco. I had never listened to Mac DeMarco before, and quite frankly I thought he was going to start rapping, but as he began his performance under the stars and technicolor stage lights the light above my own head went off.

I couldn’t fit Mac De Marco into a genre just like I can’t fit sir Was into a genre, and that is why I had been listening to sir Was’ Digging a Tunnel for weeks without ever putting my pen to paper: I just couldn’t wrap my head around the album’s sound. Influenced by many greats, but emulating no single one, Digging a Tunnel doesn’t fit into a category and that in of itself makes it a work of art worthy of a listen.

Joel Wästberg, a Swedish multi-instrumentalist, began creating his own music in 2014. Recording under the name sir Was, Wästberg released his debut EP last summer, and will release debut album Digging a Tunnel this Friday. Upon first listen the album reminded me of something put out by Tame Impala, but after many listens and a sleep-deprived moment of clarity later I realised the album is that and so much more. It sounds as if Wästberg is almost having a conversation with you as his loosely constructed lyrics periodically break through the concoction of sounds working together in harmony on this album.

The moment where the album’s complex layers revealed themselves to me didn’t come the first time I hit play. It was when I was lying in my room drifting off to unconsciousness under a mound of fluffy white blankets that I finally heard them. The track playing was ‘Bomping’, and as I listened the sound of the saxophone pulled me deeper into the song. I could picture myself wading through a dark room as white clouds of thick smoke swirled around me. The only source of light a spotlight on a man centre-stage pouring his emotions into a saxophone.

‘Interconnected’ is another track where Wästberg manages to blend together layers of sound without one single instrument overpowering another, only this time with hypnotic bells being the breakthrough sound.

Truthfully, Digging a Tunnel took time to grow on me. I liked it after that night in my room when I shut my eyes, opened my ears and finally, after getting the chance to listen deeply, could comprehend the beautifully interwoven layers. I loved it after I realised I didn’t have to make it fit into a category. It is no wonder to me that Wästberg, a Swedish artist whose favourite sweaters appear to be those of American NFL teams, was able to capture an unconventional, alternative sound in the word’s truest sense. 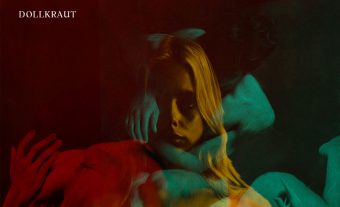