Ah. Tea. As a British citizen I’m duty bound to love tea. It’s ingrained in our culture, a steaming-hot prop to slide into any potentially awkward situation. Only last night I was watching an episode of Frasier in which British character Daphne Moon rebuffed Martin Crane’s refusal of tea with the words, “Humour me, in an emergency it’s all I know how to do.” (Martin’s response: “That’s a real comfort coming from a health care provider…”)

However, while I did start this morning with a lovely cup of Earl Grey, I must admit to not always attaining the levels of tea-love my citizenship demands. For me it’s an occasional pleasure, in comparison to the daily heart palpitations and fizzing tension that my coffee habit subjects me to. Call it a self-destructive streak…

Still, when ill.Gates offers ‘More Tea’, there is only one acceptable answer: “Yes please”. Not necessarily because the Toronto producer makes a mean brew (although he blatantly does) but because that is the title of his latest track, which we are delighted to pour into your ears this afternoon.

ill.Gates’ track isn’t just inspired by tea leaves though; it also hand-picks sounds from the land which produces so many of the finest teas – China. Featuring field recordings from remote villages in the country, recorded in China over three decades ago by now-retired Taiwanese producer Alex Peng and harvested from The Taichung Archives sound library, it weaves the sound of children singing with string motifs and ill.Gates’ expertly edited beats.

The release also comes with a bulging bag of remixes courtesy of established names like David Starfire and emerging Asian artists like Sonia Calico from Taipei and Jason Hou from Beijing, and it can be pre-ordered here. Asked for a word about the project, ill.Gates had this to say:

“More Tea is a departure that feels like home. Take a trip from West to East and open your mind to the sounds of Tea.”

We’ll drink to that. Biscuit anyone? 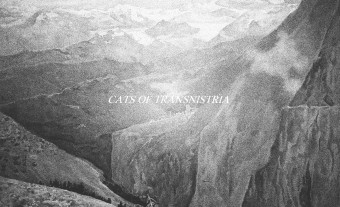 The debut album by Cats of Transnistria is an evocative sonic sortilege that juxtaposes dark spirituality and heavenly ecstasy, and we're delighted to present it in full...
Read More